The Grateful Dead mined two separate double-album sets from their 15th anniversary shows at the Warfield Theater in San Francisco and Radio City Music Hall in New York City. Because of the special nature of these shows -- which included the first acoustic sets that the band had played in almost a decade -- Reckoning was taken from the unplugged performances, and this title was culled from the electric ones. These were the first live albums that the band had issued since the Steal Your Face debacle four years prior, as well as the earliest to feature Brent Mydland (keyboards). More so than any previous live Grateful Dead album, Dead Set attempts to simulate a typical Dead concert -- including a somewhat abbreviated percussion solo ("drums") and free-form instrumental ("space") section. However, because the album is compiled from a number of different concerts, there is not the firmly established continuity that a single performance provides. This was further compounded on domestic U.S. compact disc pressings -- as the ("space") section was judiciously edited to enable the contents to fit onto a single CD. In 2000, a remastered edition was issued in Japan, and the original running order was restored and once again spread over two discs. The set list mixes older and more established favorites such as "Loser," "Candyman," and "Deal" with newer ones ("Fire on the Mountain," "Feel Like a Stranger," and the rarely performed Phil Lesh [bass] composition "Passenger.") Unfortunately, the time limitations inherent in vinyl prohibited the use of any extended improvisation or song couplings. The band also documented their October 31st show -- at Radio City Music Hall -- as a live closed-circuit television special. From that performance, the band's very first home video -- also called Dead Set -- was compiled, which includes a few of the acoustic performances as well. 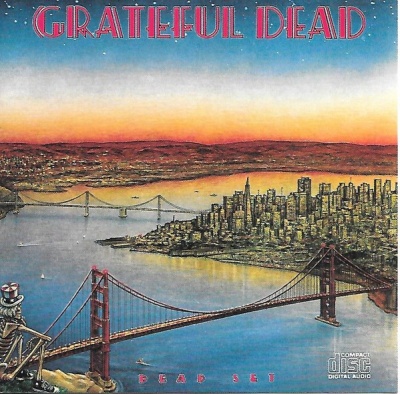