In the fall of 1980, the Grateful Dead played a series of shows at the Warfield Theater in San Francisco and Radio City Music Hall in New York City (venues considerably smaller than they had grown accustomed to) for the purpose of filming and recording. The group opened these special concerts with a special acoustic set at which Jerry Garcia and Bob Weir played acoustic guitars, Brent Mydland played piano, and drummers Bill Kreutzmann and Mickey Hart played reduced kits. (Phil Lesh stuck to his electric bass, but at a modest volume.) Also special was the set list, as demonstrated by the track list on this album drawn from the shows. A batch of old folk and country tunes never before included on a Grateful Dead album make up half of the 16 songs, mixed in with originals. (And actually, three of those originals, "Cassidy," "To Lay Me Down," and "Bird Song," only appeared previously on Garcia or Weir solo albums.) The music deliberately harks back to a period most Deadheads weren't around for, the band's origins in the folk, bluegrass, and country groups Garcia led in Palo Alto, CA, in the early '60s, culminating in Mother McCree's Uptown Jug Champions, the band that went electric and became the Warlocks, renamed the Grateful Dead. Garcia in particular seems comfortable with this material, and he takes two-thirds of the lead vocals, with Weir spelling him every couple of tracks, usually with a song at least slightly more uptempo (although, for example, his version of "The Race Is On" has none of the breakneck pace of George Jones' original). Of the bandmembers, Garcia is the one who has shown the most affection for the Grateful Dead's folk and country roots, continually reintroducing them either with the band or in his side projects, and his ease with such selections as "Jack-A-Roe" and "Deep Elem Blues" is apparent. At the same time, the juxtaposition of such traditional material with originals by Garcia and his lyric partner Robert Hunter, such as the lead-off song, "Dire Wolf," and the closer, "Ripple," emphasizes the songwriters' deliberate effort to evoke and reshape the folk idiom in their compositions. The Grateful Dead have released numerous live albums, but this one takes a different approach, and it will appeal especially to the many fans of Workingman's Dead and American Beauty. 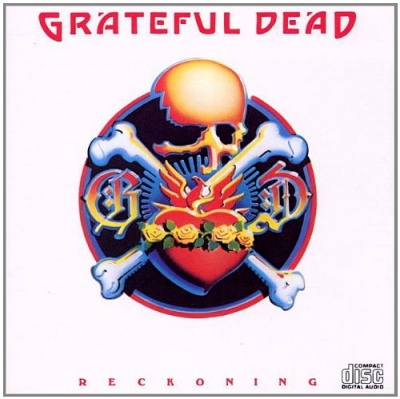