Before even looking at the merits of the music within this limited-edition box set of David Bowie's five studio recordings, Outside, Earthling, Hours..., Heathen, and Reality, with accompanying bonus discs, it is worth stating that serious Bowie collectors probably have all of this material, because these titles were all released as double discs in Sony International editions in 2004. For those who are simply big Bowie fans and not collectors, this ten-disc box includes the aforementioned recordings by Bowie, dating between 1995 and 2003. Each album, packaged in a nicely designed mini-LP sleeve, also contains a bonus disc pertaining to that particular recording, full of remixes, alternate takes, edits, special versions, and other rarities. In total, there are 60 bonus tracks. The CD replicas and discs were all manufactured in the EU, making this effectively an import box set.

As to why any of this should matter, one can ask that question of Bowie eternally. He's re-licensed his catalog a couple of times between Rykodisc and EMI. The first time with bonus cuts, the second time without. (Can anyone see Elvis Costello's reflection in this mirror as well? Different record companies, same stunt, only Costello will make fans buy over and over again because there are different bonus tracks with each new release.) Packaging and marketing strategies aside, for most people it all comes down to the music itself, which is how it should be. Bowie is iconic enough in his big shelf of work to have it revisited over and again. Apologists will argue, but after Let's Dance in 1983, Bowie was lost for most of the rest of the '80s until the Tin Machine project with Hunt and Tony Sales and guitarist/producer Reeves Gabrels in 1989. Live records -- and a pair of dreadful studio outings -- Tonight and Never Let Me Down (with a couple of decent singles on each) were followed by the embarrassing Glass Spider Tour, and finally Black Tie White Noise in 1993. The Tin Machine recordings and this LP showed that the time in the creative desert was finally past him.

Excerpts from Outside (subtitled "The Nathan Adler Diaries: A Hyper Cycle") issued in 1995 offered the first sign that something was about to happen. Originally intended to be the first in album in five installments, the ambition proved greater than the result. But Bowie returned to persona mode -- something he'd left behind after killing off Ziggy Stardust in the '70s. It's a futuristic aural noir thriller complete with a twisted detective as its narrator and anti-hero. It was supposedly the first of five concept records and while Bowie inhabits no less than seven different characters on the record, it (shockingly enough) holds together beautifully, with help from old mate Eno who worked with him on his classic "Berlin Trilogy" (e.g., Low, Heroes, and Lodger), and producer Tony Visconti; it was the first in a series of two post-human albums by Bowie. The sound is big, displaced, industrial, fragmented, and full of drama. The alternate mixes on the bonus disc -- five remixes of "The Heart's Filthy Lesson" (with one by Tim Simenon and Trent Reznor), and four of "Hallo Spaceboy" make up nine of its 14 cuts -- offer more proof that would be fleshed out even more on 1997's Earthling, which featured Gabrels and his army of sounds and Bowie's working live group. While more inherently "musical" in some ways, it is also more cybernetic -- and sounds more dated today -- because of its deep reliance on drum'n'bass rhythmic structures. The intense programming and sampling by Gabrels and Mark Plati (and, to a lesser extent, Bowie himself) all but displaces the human voice inherent in the best of these songs. Even Gabrels' guitar doesn't sound like one most of the time. Yet, for all of its "futurism," Earthling is the sound of Bowie in reaction prediction. Björk kicked his butt when it came to incorporating the many shifting rhythmic styles of pre-millennial club culture. That said, this set boasted the rather enormous hit "I'm Afraid of Americans," and there are no less than three bonus mixes of the tune on the extra disc. Earthling was apparently as far as Bowie could take his cyber construct, because on 1999's Hours..., right at the end of the century, he returned to the live instrument format. Whereas his two previous offerings had been observational -- even in the first person -- of a culture rapidly changing, this set is far more personal and in a sense of elegiac. This was Gabrels last album with Bowie, and it is among the more creative endeavors he recorded during the decade. Where the previous two recordings had been full of wildly artful aural experimentations (the former more so than the latter), this one reflected on compositional ones. There are some gorgeously moody songs here, such as the leadoff cut "Thursday's Child," and "Survive," the slow, distorted rock ballad "If I'm Dreaming My Life," and the hardest rocking jam Bowie had laid down since Tin Machine, with the glammed-up "The Pretty Things Are Going to Hell." The bonus disc has two other versions included in the soundtrack and film-only version for the movie Stigmata. In addition, "New Angels of Promise" and "The Dreamers" come from the game Omikron: The Nomad Soul, a video game Bowie scored and, along with his wife Iman, was a character in. There are also three unreleased cuts included.

The first volley by the Thin White Duke in the 21st century was Heathen, issued in 2002; it was released on Bowie's own imprint, ISO. Tony Visconti was back in the fold, and in some ways, he showcased the incorporation of every musical facility he'd developed and inhabited up to that point. There are three covers on the record, by personages as diverse as Neil Young, Frank Black, and the Legendary Stardust Cowboy. Some of the album's guests include Matt Chamberlain, Dave Grohl, Lisa Germano, and guitarist David Torn (a great replacement for Gabrels). That said, there is as much electronica on this set as there are real instruments; it was, as much as could be expected from a Bowie set, a pop record; it charted higher than any record since Let's Dance. But it was a movement away, another transition from, the more self-revelatory songs on Hours.... The bonus disc includes some wild moments, including remixes by Moby, Air, a re-recording of "Conversation Piece" (a tune written in 1969), and a 1979 outtake of "Panic in Detroit." Here, too, are no less than six previously unissued tunes. Visconti returned for 2003's Reality, as did guitarist Torn and Bowie's old rhythm guitar mate Carlos Alomar. What distinguishes this set more than anything else are covers of Jonathan Richman's "Pablo Picasso," and the late George Harrison's "Try Some, Buy Some." Reality is a schizophrenic recording. The groove is on the rock side of Heathen, but compositionally touches all the way back to Aladdin Sane, as in the opener "New Killer Star," and the big drum sound of Young Americans in "Never Get Old." "The Loneliest Guy" might have appeared as an outtake from the "Berlin Trilogy," whereas "She'll Drive the Big Car" is almost a roots rock track, done in doo wop glam style. The bonus material includes a unique cover of the Kinks' "Waterloo Sunset," a new version of "Rebel Rebel," and three mixes of "Rebel Never Gets Old." Can you guess what two songs on the album inspired this? And the bottom line here? None of them work worth a damn. As for bonus discs in this box, this one is spreading things pretty thin.

Bowie's ever restless muse became a cyborg in the '90s as a way of dealing with its own pre-millennial tension and ours; it looked at culture through the eyes of the post-human, only to be reborn in an almost vulnerable human form before the 20th century was swept from view. But in the 21st century, as evidenced by Heathen and Reality, Bowie was more preoccupied with where he'd been rather than where he was going. All the feints, wonders, and masquerades had come to that in 2004. There is much to ponder and enjoy here, but sometimes it's real work, though it's almost always worth it. The real question is, will fans go for it again? and will anybody new to these records care enough to shell out the big cash for bonus material that misses as much as it hits? 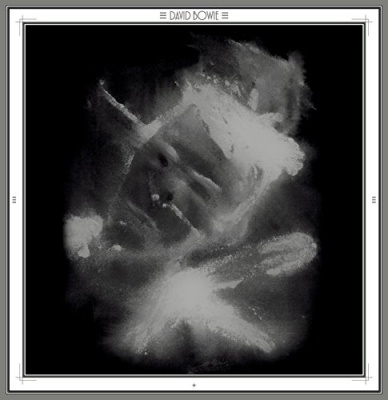