The beauty of a compilation released 43 years after the first three tracks on this disc were recorded and 29 years after the most recent recording (the rendition of the traditional "Jelly Roll" in 1971) is that the fans of Nina Simone who have turned experts can present this valuable art to the world with the loving care and devotion that it deserves. What can be said about the woman's music that hasn't already been written? That her rendition of "I Put a Spell on You" may be the most haunting if not the definitive version? That she recaptures the original inspiration of what might be the Bee Gees' single most important statement of their long and storied career, a reading of "To Love Somebody" that is as valuable -- though much different -- as Janis Joplin's interpretation? The key to Bittersweet: The Very Best of Nina Simone is in the presentation. A stunning 16-page booklet featuring photographs, track listings, musicians, recording dates, and detailed liner notes by David Nathan is included in this excellent release compiled and sequenced by Buzz Ravineau, produced by Paul Williams with digital remastering by Bill Lacey. The 16 tracks are marvelous, from "My Baby Just Cares for Me" recorded in New York in 1957 to the Top 100 hit "Ain't Got No (I Got Life)" with Wilbur Bascomb, Bernard Purdie, and other luminaries. It sounds like the fake studio applause, which the liner notes say was included on the 45 rpm version, has been removed, and this gem just shines. Jimmy Webb's "Do What You Gotta Do" has the same personnel as "Ain't Got No (I Got Life)," with a stunningly different vibe, both songs obtaining heavy airplay in the U.K. according to Nathan's wonderful liner notes. Nathan's book, The Soulful Divas, has the perspective of the founder of Simone's British fan club, which makes for great accompaniment to this CD. The booklet that comes with the disc states: "Bittersweet is the first Nina Simone compilation to include repertoire from the Bethlehem, Colpix, Philips and RCA labels." It is a first-rate and essential collection sure to capture new fans for Simone, while satisfying those who have followed her career over the many artistic decades covered here. 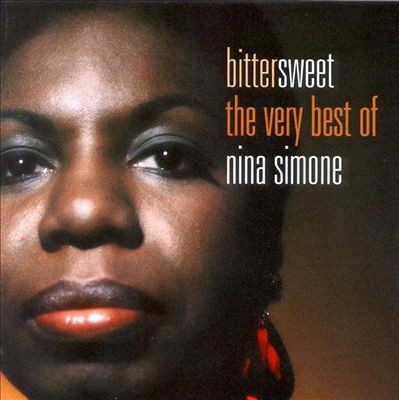