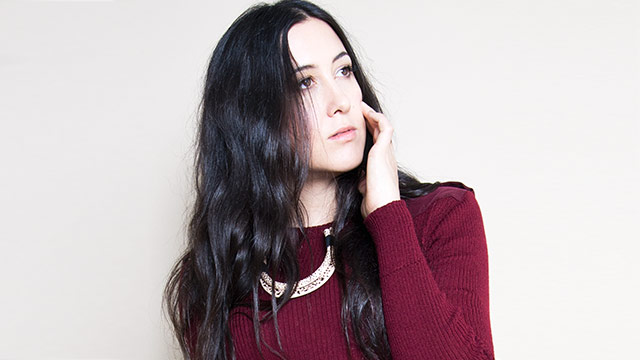 ​Thirteen years after her debut and chart-topping hit, "A Thousand Miles," Vanessa Carlton has grown into a sound that is more true to her real musical ambitions. She traces her expanded sound's origins back to her 2011 album, Rabbits on the Run, and with this year's Liberman, her transformation and maturation reached a new level. We talked to Carlton about loving short albums, how her ballet background helped inspire her musical sensibilities, and how listening to Bob Dylan's radio show on vacation kick-started the creative process for Liberman.

AllMusic: Our review of Liberman said that your sound now "feels like a truer reflection of her intentions" than your hit. Do you agree with that?

Vanessa Carlton: Yeah, I think I’ve certainly gotten better at creating shorter path in between the intention and the product. I think that comes with a lot more experience and working with some incredible artists on this record, along with Rabbits on the Run, I think it’s a combination of those two things. Now I see why someone would say that.

AllMusic: Each album you release is just a little shorter than the last. Do you think you're getting more efficient as a songwriter?

Carlton: Totally, and I love a short record, honestly. Maybe the next one will be a bit longer, I have no idea what my next move will be, or if it’s even in the form of an album. I love a 10-song record, I love the model of vinyl, even though this record wasn’t analog at all. I like side a, side b albums. Maybe it’s a little bit of an OCD thing, I always liked two even sides.

AllMusic: What's an example of a succinct album that you love?

Carlton: I was listening to tons of the Crosby, Stills and Nash record, their self-titled one where they’re sitting on the porch. I don’t know how many songs are on there, but that record, right after I finished Rabbits, I was like, “This is my favorite record in the world.” I listen to stuff now that I think the baby wants to hear, too, but I’ve also been listening to a lot of Kurt Vile lately, I really like him.

AllMusic: "Blue Pool" really stood out on the new record. Can you remember where you were when you had the idea for that song?

Carlton: I wrote that one in New York, and I used to be a ballet dancer, so I love waltzes, and I try to have one waltz on every record, I think I almost have. That was the waltz of this record, and it was written on piano, very traditional-sounding, and I wanted to take it to a completely different dimension, so I guess there are little remnants of Philip Glass-ish type things, which I love. It’s mostly a dance-y feeling song that I wanted to take off of the piano so it wasn’t traditional anymore. Then I wanted it to really feel like you’re going into a euphoric state in the choruses and at the end.

AllMusic: "Unlock the Lock" also jumped out. How did that song come about?

Carlton: The concept for that song came from when I was in the desert, I was in Tucson, Arizona, at this dude ranch that I go to almost every year with my family to ride horses, it’s on a reservation in the Sonoran Desert, it’s thousands of acres of preserved land, it’s unbelievable. All you do is ride horses and then it gets too hot and you sit in your room and wait it out until the sun goes down. They had just upgraded the rooms to satellite radio, and I was listening to a Bob Dylan radio show where the theme was locks and keys. All of the songs on this episode were like old songs from the thirties up through the sixties, and all the songs were about locks and keys. That’s when the concept of “Unlock the Lock” came, the whole feeling around it. The way I did the Garage Band demo of that song was what I wanted the whole album to sound like. That song, with quite a fitting title, was the beginning of Liberman.

AllMusic: In your live set, you play almost half of the new album, in sequence. It must be fun to dedicate such a big chunk of the show to new material, especially all in one burst like that.

Carlton: When you come to a show, you’ll see that we’re not playing completely to track, but there are a number of sounds that are coming through pedals, and we have a lot up onstage, and it starts to feel more like the album. So the other songs are in their own world, and the live show becomes a meal, the entre is Liberman, it all has its own recipe. We stick with that so we don’t change the vibe and make it jarring. It totally flows well. It’s nice, because people are so welcoming of the sound of this record and me growing up and the evolution of it all.

There are plenty of people who come and are there to hear a song or two, and they’re more than happy to also buy the new record and hear the other stuff. Then there are kids that only know the new stuff, which is awesome. I can get away with that, and I appreciate that. I feel like on this album, and from the critics, who I don’t pay too much attention to, but it’s been a pretty warm reception, I think people are finally letting “A Thousand Miles” go a little bit and letting me grow up and listening to this on its own and not comparing it to other things. I appreciate that, it feels like a good time.

AllMusic: What is your relationship to your older material like at this point?

Carlton: I wouldn’t be here without them, so in the live show I’ll showcase my favorites. I think I’m a better editor now, so I’ll pick and choose based on where I’m at, at least for the live stuff, I’ll pick and choose a setlist that makes more sense. I think I’m heading in a direction, and I don’t know what the next step is, but I want to keep moving forward. I don’t want to mimic anything from my past, I love being in the studio and being creative and pushing beyond what we did before, not just to be different, but to follow instincts. I think the greatest thing you can do and the greatest gift we have, any artist, is that freedom to follow your instincts, because if you aren’t doing that, it’s not really a whole expression. It’s nice to get it out the way you want to get it out, and this has been a good moment, for sure.

I’m so lucky that these amazing artists will collaborate with me, I think it was when I had just come up with the concept of Rabbits on the Run and I reached out to Patrick [Hallahan] from My Morning Jacket and Steve Osborne, and I almost didn’t even want them to know my name, I didn’t want them to look at anything I’d done, because I wanted to do something completely different. I only sent them my new demos that I was working on, and Steve didn’t know who I was at first, he just liked the demos. Patrick also said that he just liked the demos, and that means more to me than anything, it means that this work is based on where you’re at now.

Vanessa Carlton is on tour through December

Yelle on the Value of Taking Breaks Between Albums

Yelle on the Value of Taking Breaks Between Albums