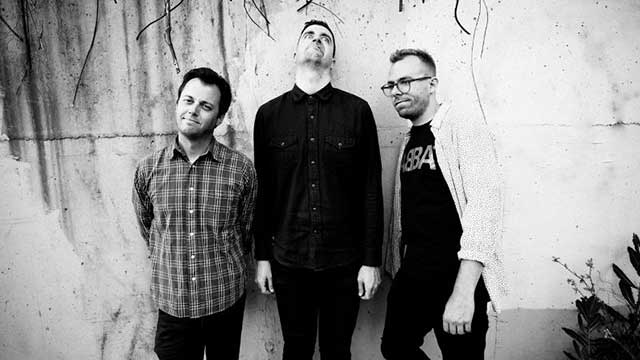 Terry Malts isn’t a guy, it’s a band. It’s a kick ass punk rock band, and they just released their second album, Nobody Realizes This Is Nowhere. Influenced by the Ramones, but not in the usual way, they bash out short, funny, angry screeds that sound like three guys in a basement working through some stuff and coming out the other side in some kind of triumph... or something. (For further reference, see Hüsker Dü and Buzzcocks.) We asked bassist/lead vocalist Phil Benson and guitarist/vocalist Corey Cunningham to give us the lowdown on some of the stuff that they like, 'cuz we like them and we want you to like them too! First, a song from the band:
https://www.youtube.com/watch?v=eXfyXo5KQDI

Phil Benson
Taqueria El Grullense
El Grullense is a taqueria chain where I grew up in Redwood City, CA. Best tacos I've ever had, hands down. Their al pastor is absolutely delicious. If I was being sentenced to death, I'd request El Grullense tacos for my last fucking meal. That's how much I love the place.

Grooves Inspiralled Vinyl
First off, I didn't know Grooves had such a long name until I looked it up right now. I've known it simply as "Grooves". Anyways, this is my favorite record store in SF. I've found some real gems at this place. The prices are decent, and it's not all picked over like Amoeba tends to be. That's not to say everyone should go to Grooves now. Actually, don't. Stay the fuck away. That's my turf.

Hate
No, not the sentiment -- the comic, dummy. I'd always seen it around in comic shops, but a friend of mine let me borrow a trade paperback of collected Hate comics a while ago, and I really dig it. Peter Bagge's illustrations are simple but perfect, and the stories are hilarious. Debating whether or not I wanna return the book to my pal. Ssshhh, don't tell him.

Lake Del Valle
Sometimes I just have to get away from the city and all it's bullshit. Lake Del Valle in Livermore isn't too far away, and it's a perfect place to unwind. Not only can you swim, you can also rent motor boats to zoom around in. I love the drive to the lake because it's nestled in these hills that are covered in golden grass, and it's like a big blue and green oasis once you come over that last ridge. Instant stress relief.

Kill From The Heart
Found this website years ago. It's an excellent source for international punk/hardcore from the 80's (named after the Dicks song - duh). I could spend hours dorkin' off on this website, as that period of punk is probably my fave and obviously a huge influence on Terry Malts.

Corey Cunningham
Giacinto Scelsi
This guy was pretty wild. I really like his orchestral works. I was fortunate enough to catch the San Francisco Symphony perform his piece "Hymnos", and it was one of the most amazing things I've ever heard in a live setting. Just incredible. A lot of what's written about him describes him as a pioneer of drone music, but I believe I read he was just channeling Eastern spirituality through improvisation, committing it to tape, and having assistants transcribe it. Neat, huh?

Cinefamily
This non-profit movie house in Los Angeles has brought me so much joy since moving here this year! There's always something fantastic week after week. Recent films I caught were Opening Night, Out Of The Blue, L'avventura and Manson. They don't just show movies, and that's part of what makes them so special; they also feature live performances and live comedy.

Mirror Makers: A History Of American Advertising
Stephen Fox's compelling history of how the advertising industry evolved in this country was a recent read that really stuck with me. It surprised me how so many of the influential figureheads were just total misfit weirdos.

Columbo
I'm loving the first season of this show. It's got that same comforting vibe you'd get from a quality mystery show such as Murder, She Wrote. Peter Falk is incredible as Columbo. So much fun to watch. And this first season has some really cool, far-out psychedelic film sequences.
https://www.youtube.com/watch?v=KvwwEkRuy6I

@DogsDoingThings Twitter
The writing is hilariously heavy and consciously over-the-top in such a pleasing way. Their avatar is a typically adorable photo of a picturesque puppy driving a pickup truck (a truly horrifying image if it were reality). Here are some gems: Dogs considering a slumped-over skeleton and declaring finally, "Introvert." and "Dogs indicating three unseen points in a mass grave, noting, "The milkman, the paperboy... evening TV."

The Poplist with Monte Vallier

The Poplist with Monte Vallier