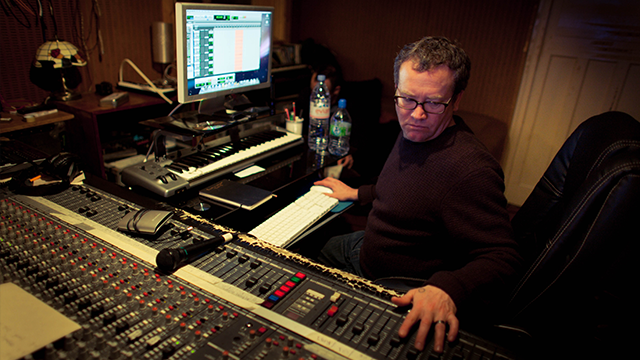 Unless you're a close reader of liner notes these days, you might not recognize the name Monte Vallier. Check the credits on recent albums by artists like Weekend, Wax Idols, Soft Moon and Tommy Guerrero, though, and you’ll see it there right after the word “producer.” (Those of you with longer memories may remember him from the band Swell, which released a bunch of good indie rock albums back in the ‘90s.) Working out of his San Francisco studio, Ruminator Audio, Vallier has proven himself a vital collaborator for young noise pop bands, getting some pretty great sounding finished product lately. If you’re interested in checking out a wide sample of his work, go to the Ruminator Audio site, where he has a playlist of recent productions. Before we get to Monte's faves, this is one of the Poplist's faves:


18th Dye
In heavy rotation lately on the turntable is the Danish, German band 18th Dye. Probably one of the best bands I ever played with back in my touring days. First time was in Berlin 1992 right after their first album came out, and they were spellbinding live. All their recordings are great. I highly recommend finding their records.


Iceland
Recently visited this unique wonderland. We rented a car and escaped into the tiny world of coastal Iceland. This photo is from the glacial lagoon in the southeastern part of the island. The icebergs crack off the glacier and float out to the ocean. The sounds they make are amazing…
{image:2}

Erik Larson - In The Garden of Beasts
This non-fiction historical novel is one of the best things I’ve read in a long time, maybe since his previous historical novel, The Devil in the White City. The story follows a naive US ambassador to Germany in the early 1930s before and just as the Nazi party is starting to rear its ugly head. The story is put together using letters and diaries of Ambassador Dodd and his clueless socialite daughter among other correspondence. Fascinating read.

Reed Danziger - The Circular Motion of Linear Displacement
I look at this painting every day. It has an otherworldly depth and mystery. There’s always something to discover in the dream-like universes she creates. She told me that she approaches a new set of work sort of like putting together an album. The pieces fit together to tell a story like a good collection of songs does.
{image:3}

Willett Single Barrel Straight Rye Whiskey
I’m a sucker for a spicy rye. I like rye because it doesn’t have the sometimes cloying sweetness of Bourbon. I was gifted a bottle recently by the guys in Terry Malts. I meant to share. Sorry, guys, it’s gone…