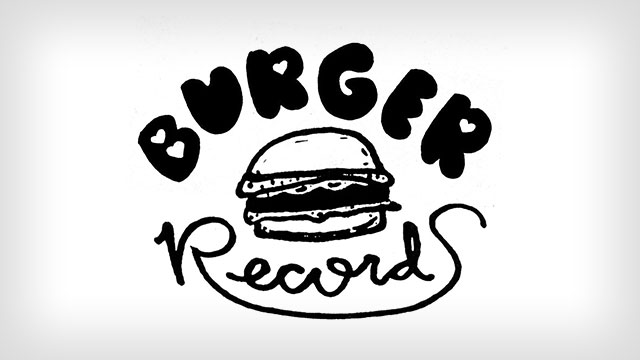 The guys at Burger Records are true heroes of the underground. In 2007, Sean Bohrman and Lee Rickard had a brainwave: let’s put out cassettes! Nobody else was really doing it at the time, and they wanted a cheap and easy way to put out music by bands they liked. Flash forward six years, and the Burger catalog has grown to staggering proportions. So many tapes by so many good bands, from Redd Kross to Nobunny, Goochie Boyz to the Pharcyde. They’ve also branched out into vinyl and CDs as their low-budget empire has expanded. In 2013, it’s a badge of honor to have a tape out on Burger, and this fall the label is going out on the road to take their sound to the people. Check your local listingd for the Burgerama Caravan of Stars Tour 2013, featuring the Growlers, Cosmonauts, Gap Dream, and Together Pangea, among others. To commemorate the tour, and to spotlight one of the Poplist’s fave labels, we asked Sean and Lee to send us a list. They responded in true Burger fashion by going above and beyond. Here are the duo’s favorite labels and the people/bands who ran them (and in some cases their favorite artists on the label).

For more on the Burger story:
https://www.youtube.com/watch?v=th515ujXVd0

FYP - Recess Records
Todd at Recess/FYP taught us everything we need to know about the DIY record biz. The first rad dude we saw run a successful business from home and doing whatever he wanted whenever.

The Beach Boys - Brother Records
California Hawthorne heroes just wanted creative control and they got it with Brother! Alex Chilton almost made a record with them (post-Box Tops,) and the record they released by The Flame (only other band besides Beach Boys on Brother) is enough to justify them being on our list of inspirational peeps!

Supercharger - Radio X
When we were in high school, these guys taught us that (almost) anyone is good enough to make and release music. Darren discovered and wrote a buncha the early material by the Donnas and released it on his own Radio X label!
https://www.youtube.com/watch?v=Q471JtrDUOo

The Rip Offs - Rip Off Records
Rip Off showed us the accessibility of record labels. I went to the address on the record label in San Bruno (turned out to be his parents' house) when I was 16 and ended up delivering mail and hanging out with Greg Lowery for the day! His parents thought I was from Holland for some reason, so he was a little disappointed when we met and I was some stupid kid from southern California.

The Turtles - Blimp/White Whale
One of our favorite record labels and bands. The Turtles rule! We buy anything on White Whale!

The Kinks - Konk
Another case of bands taking creative control and creating a sanctuary for themselves!

The Four Letter Words - Discos Bobbos Dobbos
Me and Lee met at a Four Letter Words show (Halloween 1998), they self-released their debut single while we were all still in high school, and they showed us the ropes as far as marketing, branding, merchandising and touring! They were a magnet for weirdos in our community! They created the Slack Mafia!

The Mummies - Estrus Records
We held this band/label in mythic proportions when we were teenagers! The Mummies didn't give a fuck and only released records! The most budget lo-fi quality sounds!
https://www.youtube.com/watch?v=BUN3RNM6iiQ

The Archies - Don Kirshner Productions
TOTAL creative control, cartoons can't talk back, EVERYTHING'S ARCHIE! Don Kirshner was a genius, and Andy Kim, Jeff Barry and Ron Dante are some of our favorite singer/songwriters of all time!

Panty Raid - Super 8 Underground
Seth (aka Hunx)'s Super 8 compilation turned us onto the Leeches and the Bananas and tons of other bands! We loved his style and vibe and aesthetic, and he's still a big influence and great friend! Now he's doing Wacky Wacko Records!

The Bobbyteens - Lipstick Records
Tina is a big inspiration to us with her store, her label, her bands. She doesn't take shit from nobody, and we think that's cool!
https://www.youtube.com/watch?v=ozThnDhiGmw

10cc - Strawberry Studios
The ultimate supergroup of '60s songcraft. They were Kasenetz-Katz's songwriting team in Europe from '69-'72, and they totally ruled.

Kasenetz-Katz - Super K Productions
Neil Bogart's go-to guys and makers of some of the greatest bubblegum music ever.
https://www.youtube.com/watch?v=fdY4ONmIUQY

The Modern Lovers - Berserkeley Records
Teen scene perfection. Everyone from the original Modern Lovers went onto so much awesome shit! The Cars, the Real Kids, Talking Heads! Jonathan is God, OK? He's special.

The Monkees - Colgems Records
The best in the biz. One of the greatest pop culture success stories of all-time. Legends in the eyes of Burger. Tommy Boyce and Bobby Hart are two of our favorite dudes!

Greg and Suzy Shaw - Bomp! Records
Dedicated to the love of a good pop song, Greg is, was and always shall be an inspiration in fanatical love of rock n roll! And Suzy's holiday cookies are seriously unbelievable!!!

Larry Hardy - In The Red Records
An amazing roster of killer bands, Larry started out in the same zip code we did! Forever cool!!!