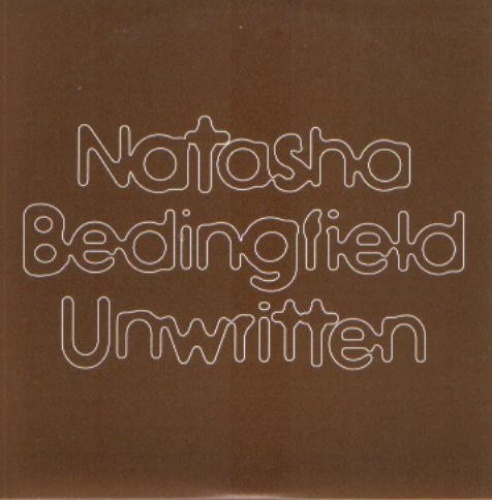 In September 2004 Natasha Bedingfield debuted smashingly in the United Kingdom. Her first record, Unwritten, went to number one almost immediately and the glowing response established her as an instant pop star. Her ascent mirrored the sudden popularity of brother Daniel Bedingfield in 2001, when his bedroom production "Gotta Get Through This" rocketed similarly up the charts. For Natasha, it's "Single" and the near-perfect "These Words (I Love You, I Love You)" -- tracks that merge the rhythms and flavors of hip-hop and R&B with unique melodies and Bedingfield's vocal confidence -- "Single," for example, suggests Kelly Clarkson's 2003 single "Miss Independent." Bedingfield co-writes all but one song on Unwritten, working with songwriters like Guy Chambers (Robbie Williams), Andrew Frampton (S Club 7), and Danielle Brisebois. And she stays remarkably poised throughout, selling some of the album's weaker arrangements with the dusky grain at the top end of her vocal. "Silent Movie" and "Piece of Me" make moves typical of pop in the 21st century -- the former actually sounds like a Williams song, while the latter tries to energize its chorus with blaring guitars. But it's Bedingfield who does the energizing, intersecting Pink's knowing swagger with the confessional exuberance of youth (typified in the blurted "I love you I love you/I love you I love you!"'s of "These Words"). Even when Unwritten emulates the trends, its tendency to play out like a personal diary put to beats and keys saves it from the soundalike pile. The bubblingly positive title track is another highlight -- "Drench yourself in words unspoken! Live your life with arms wide open! Today is where your book begins!" -- as is the soulful hip-hop of "Drop Me in the Middle," which features London MC Estelle. "I Bruise Easily" is the late-album standout, a ballad that's as epically romantic as you'd expect (keening strings, Bedingfield's voice breaking on the line "Be gentle..."), but it doesn't get out of hand, retaining the tact that the majority of Unwritten has. It's a well-made pop album for the new millennium with star quality at its center. [The U.S. edition of Unwritten added "Stumble" and the quirky "Size Matters," as well as Estelle's appearance on "Middle."]