If the cover of Stardust: The Great American Songbook, Vol. 3 is any indication, even Rod Stewart is getting a little tired of the classy act he's had to put on over the last two years, as he's restyled himself as a crooner of pop standards. Gone are the straightforward portrait shots, and in is a jokey picture of Rod with a pair of hot legs. It unwittingly looks like a grown-up variation of the Blondes Have More Fun cover taken 26 years later (Rod still has the same basic hairdo, bless his heart), and it's a welcome glimpse of the roguish charm and laddish sense of humor that used to be Stewart's calling card. Unfortunately, that attitude isn't heard anywhere on the music, which is, for all intents and purposes, pretty much the same as it was on the first two installments of The Great American Songbook. Like its predecessors, Stardust is built on the misconception that the great vocalist Stewart will sound great singing selections from the great American popular songbook, when his gifts are better suited for music rooted in folk, blues, and rock & roll. To his credit, he's sounding a bit more comfortable on this third go-round -- he doesn't sound as uptight, nor as mannered, as he did before. Part of this may be due to a shift in producers. Phil Ramone, who co-produced the first two, has left and has been replaced by Steve Tyrell, who releases albums in a similar vein himself. Under his watch, Stewart doesn't sound quite so studious and tentative, and the arrangements aren't quite so fussy, which ultimately makes for a better record. That isn't the same thing as a good record, though. Stewart may be more comfortable and the production might be warmer, but The Great American Songbook is still a bad idea, no matter how slickly it's delivered. 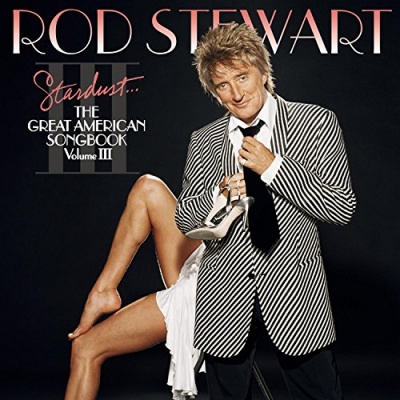