Continuing his stroll through pop's back pages, Rod Stewart moves on from the "Great Rock Classics of Our Time" and dives into the Soulbook, shorthand for all the great Motown and soul songs that still are in heavy rotation on oldies radio well into the new millennium. Apart from an oddly funkified spin of Sam Cooke's "Wonderful World" and a version of Jackie Wilson's "(Your Love Keeps Lifting Me) Higher and Higher" that illustrates just how much range he's lost over the years, Rod doesn't spend much time with the soul and blues singers so influential on him, choosing instead to run through a bunch of Motown hits -- a full six of the 13 songs here are from the Motor City -- adding a couple of smooth soul hits from the early '70s, plus Chuck Jackson and Maxine Brown's "Let It Be Me," which gives him an opportunity to duet with Jennifer Hudson. All this is firmly within Stewart's wheelhouse, perhaps too much so, an impression not helped by the overly familiar arrangements, right down to Stevie Wonder reprising his harmonica on "My Cherie Amour" -- these are all designed to evoke memories, not to dig into the heart of the songs. It's all pleasing enough, flowing better than the Great American Songbook albums, and not feeling as karaoke as the Great Rock Classics album, but it's so comfortable, so easygoing, it verges on the forgettable. 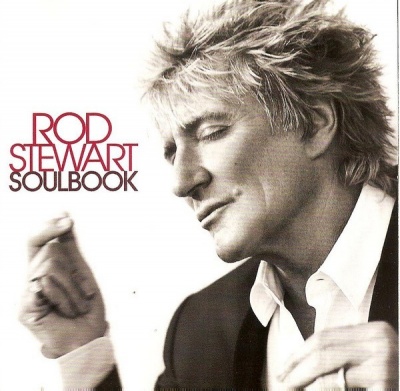