This box set devoted to Pink Floyd was somewhat frustrating at the time of its release. Priced at over 100 dollars, it included nine CDs drawn equally from their EMI and Columbia Records, starting with their second album, A Saucerful of Secrets. That seemed to confuse a lot of people who regard that transitional album as a lot less important and alluring than its predecessor, Piper at the Gates of Dawn. On the other hand, EMI was planning its own special edition of that album, and it could be argued that the hardcore fans who might be attracted to this set would certainly already own the debut album, and be prepared to buy EMI's special edition of it. The essential problem is that Pink Floyd, like most prog rock and psychedelic acts of its era, left behind precious few outtakes that would be viable as bonus features for a box such as this. It's not as though they followed too many blind alleys, or left behind multiple versions of, say, "Atom Heart Mother" the way, say, a blues-based band might've done some rehearsal jams on, say, "Crossroads" or some other standard; most prog rock works sort of stand as they are, and if outtakes do exist, chances are excellent that they never got to the point of getting vocals added. So that all one can really do is upgrade the sound, which was badly needed, and enhance the packaging, and that comes from the hardcover book in the box; and the bonus tracks, courtesy of EMI, come in the form of the ninth CD, titled "The Early Singles," which has proved so popular over the years that it's been bootlegged as a real CD (that is, not a CD-R).

The book Shine On includes lots of illustrations and even a time line depicting the history around the band's releases, and while it all could have been a little better organized and a bit more ambitious, this is a handy small-scale coffee table book. The flaw lies in the packaging of the box, which is a little flimsy over time in terms of its ability to hold the book and the CDs, and the bonus art. On the other hand, the CDs are sort of packaged to be displayed -- the spine of the eight discs lined up properly on a shelf form the image of the light beam and prism from Dark Side of the Moon. In all, it was the perfect Christmas gift (hence its release in early November) for fanatical Floyd followers, and it still holds up reasonably well. The early singles platter is still a killer collection even if it is the shortest of the discs here, and the rest has its audience, none quite mutually exclusive, and it's understandable why some of the rest of their library -- such as the early soundtrack efforts and the live/studio composite Ummagumma -- was left out of what was supposed to be their best profile. And all of the missing works have now been upgraded as well. Indeed, coupled with the special mono and stereo editions of Piper at the Gates of Dawn done around the same time by EMI, this box would, indeed, make the ultimate Pink Floyd experience. 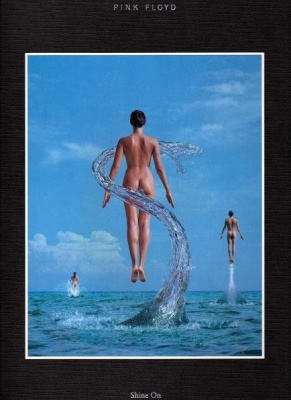