David Gilmour sang about an endless river on "High Hopes," the last song on what appeared to be the last Pink Floyd album, 1994's Division Bell. Twenty years later, the same phrase became the title of The Endless River, an album designed as Pink Floyd's last. Assembled largely from Division Bell outtakes initially intended as an ambient project dubbed The Big Spliff, the record was sculpted into shape in 2014 by Gilmour, Youth, Andy Jackson, and Roxy Music's Phil Manzanera by adding guitar and Nick Mason's drums to original tapes that were laden with keyboards from the late Rick Wright. He's not the only missing member of Floyd, of course. Roger Waters is absent, as is the long-gone Syd Barrett, but their ghosts are present throughout the primarily instrumental The Endless River. Mortality is on the mind of the two remaining Floyds, mentioned obliquely in "Louder Than Words," the only song with lyrics here, but felt through allusions to all their possible pasts. A song unfurls with washes of synth pulled from "Welcome to the Machine," the four sides are structured like an ongoing amorphous suite à la "Shine on You Crazy Diamond," snippets of Atom Heart Mother slide against guitars that beat to the rhythm from "Run Like Hell," creating an impression of a band in a state of repose: they're not indulging in their past so much as reflecting on it, watching a tide of memories repeatedly roll in and out. Although very little about The Endless River is risky by design -- it is one of the most popular bands of the 20th century returning to slowly pulsating aural waves that characterized their biggest albums -- the very shift away from vocals realigns the band with not only Wish You Were Here (which this often resembles) but their pre-Dark Side records for Harvest, undercutting the arena-pleasing aspirations of the Gilmour-led reunion while underscoring how Pink Floyd always were an arty band at their core. Instrumentals are also a savvy solution to the trouble of working with uncompleted tapes -- it's easier to turn them into an ever-shifting suite than to graft on melodies -- but the comforting sway of swelling synthesizers and the soaring Gilmour guitar are sometimes unexpectedly moving. Gilmour and Mason know this is their farewell, so they're saying goodbye not with a major statement but with a soft, bittersweet elegy that functions as a canny coda to their career. 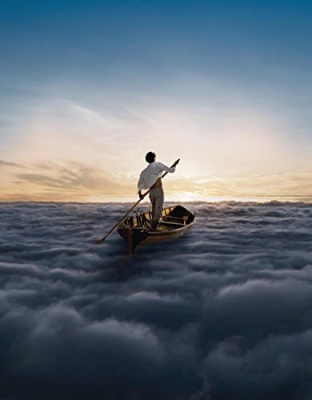