In one respect, it's hard to fault David Gilmour for retooling Pink Floyd as a neo-oldies act with Momentary Lapse of Reason, since Roger Waters took the band over the brink with his obsessive, nonmusical The Final Cut. Fans were eager for an album that sounded like classic Floyd, which is what Momentary Lapse was. But what they really thirsted for was a live spectacle from Floyd, where they could hear the old tunes and see all the old stunts. That's what they got on the 1987/1988 Pink Floyd world tour, which is documented on the double-disc set The Delicate Sound of Thunder. Gilmour's reunited Floyd was intent on recreating the sound and feel of classic Floyd, so it shouldn't come as a surprise that the oldies feel like the classic records, only with Gilmour taking each vocal. He and Floyd deliver well, but this is a recreation that makes less sense on record than it did on-stage, where the nostalgia was justified. Here, it feels passable but never compelling. This is professional, competent, and, often, even enjoyable music, yet, like many souvenirs, it never once feels necessary. 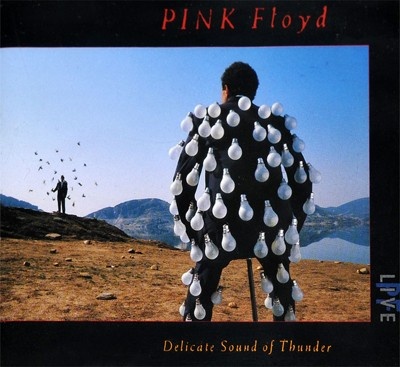