Pink Floyd claim they had no intention of recording another live album when they began the Division Bell tour, but performing The Dark Side of the Moon in its entirety convinced the group to release another double-live set, called Pulse. There's no question that the group is comprised of talented musicians, including the number of studio professionals that augmented the trio on tour. Whether they're inspired musicians is up to debate. A large part of Pink Floyd's live show is based on the always impressive visuals; on the Division Bell tour, they closed each show with an unprecedented laser extravaganza. In order for the visuals and the music to coincide, the group needed to play the sets as tightly as possible, with little improvisation. Consequently, an audio version of this concert, separated from the visuals, is disappointing. Pink Floyd play the greatest hits and the new songs professionally, yet the versions differ only slightly from the original recordings, making Pulse a tepid experience. 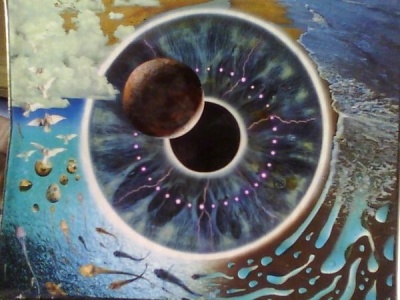