Technically speaking, Red Octopus was the first album credited to Jefferson Starship, though practically the same lineup made Dragon Fly, credited to Grace Slick/Paul Kantner/Jefferson Starship. The difference, however, was crucial: Marty Balin was once again a fully integrated bandmember, writing or co-writing five of the ten tracks. And there can be little doubt that it was Balin's irresistible ballad "Miracles," the biggest hit single in the Jefferson Whatever catalog, that propelled Red Octopus to the top of the charts, the only Jefferson album to chart that high and the best-selling album in their collective lives. This must have been sweet vindication for Balin, who founded Jefferson Airplane but then drifted away from the group as it veered away from his musical vision. Now, the collective was incorporating his taste without quite integrating it -- "Miracles," with its strings and sax solo by nonband member Irv Cox, was hardly a characteristic Airplane/Starship track. But then, neither exactly was Papa John Creach's showcase, "Git Fiddler," or bassist Pete Sears' instrumental "Sandalphon," which sounded like something from an early Procol Harum album. Slick has three strong songs, among them the second single "Play on Love." Like Dragon Fly, Red Octopus reflected a multiplicity of musical tastes; there were ten credited songwriters, seven of whom were in the band. If there is any consistency in this material, it is in subject matter (love songs). The album is more ballad-heavy and melodic than the Airplane albums, which made it more accessible to the broader audience it reached, though "Sweeter Than Honey" is as tough a rocker as the band ever played. 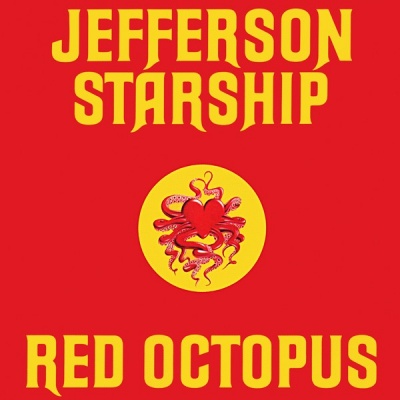