Shakira's 1996 debut album, Pies Descalzos set the stage for one of the international community's most celebrated and exciting stars. The album took a while to gain momentum, but once it did, the young chanteuse ascended to dizzying commercial heights that were only magnified with her more electrifying later releases. The more tranquil Pies Descalzos, however, finds the young singer/songwriter balancing heartfelt, earnest ballads (such as "Te Necesito") with catchy, jangly pop/rock. The album opens with the infectious and melodic pop/rocker "Estoy Aqui" and continues with the ballad "Antologia" before breaking into the dancehall-lite of "Un Poco de Amor." As can be seen from the diversity of the material, Shakira seems to still be finding her own voice, but the results are nonetheless engaging. Other highlights include the catchy "Se Quiere Se Mata," "Donde Estas Corazon," and the cool, jazzy "Te Espero Sentada," which unfortunately loses momentum during the chorus. All in all, Pies Descalzos is a solid debut from a young artist who was still evolving and would later further fulfill her artistic potential. 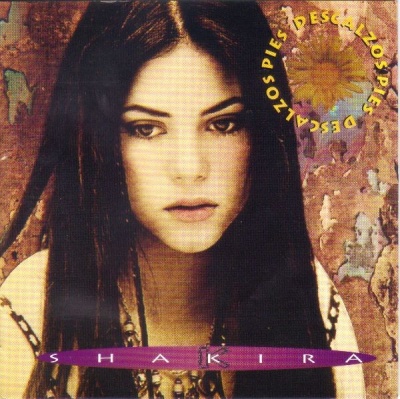