Shakira used to unite her albums with a grand concept, but that inclination faded in the new millennium. Maybe it's a sign of the times, maybe it's a sign of lessened artistic ambition, but she's streamlined her albums so they're lithe, tight, and bilingual. El Dorado, arriving three years after a star-studded eponymous wannabe blockbuster, feels as if it exists on a much smaller scale than any of her previous albums, with the possible exception of the breezy Sale el Sol. Like that album, El Dorado sails by swiftly, but this 2017 record packs a lot of different moods in its 45 minutes. Shakira swaps out American celebrities like Blake Shelton and Rihanna -- the big cameos from her self-titled album -- in favor of international musical stars, finding places for Nicky Jam, Black M, Carlos Vives, Prince Royce, and two tracks with Maluma. This move alone suggests how El Dorado is anchored in Spanish-language songs: only three of the album's 13 tracks are sung in English, all three slickly produced adult pop. One of these songs -- "What We Said" -- is present in both languages, illustrating how the Spanish tracks aren't necessarily livelier even though all the danceable cuts are in Spanish. Throughout El Dorado, Shakira shifts slyly between these percolating electronic rhythms, old-fashioned balladeering, and glassy adult contemporary pop. The only thing absent from her bag of tricks is a bit of arena rock, but it's not missed because El Dorado feels coherent and mature in its understated -- but not boring -- control of mood. 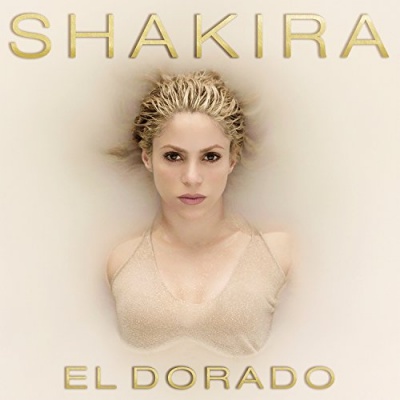