Hot on the heels of the gloriously weird commercial stiff She Wolf, Shakira wrote and recorded “Waka Waka,” a football anthem that swept the globe during the throes of 2010 World Cup fever. “Waka Waka” provided the perfect pivot to the quickly recorded new album Sale el Sol, a set that shows no allegiance to any one sound or language. Shakira mostly ditches the electro-throb of She Wolf in favor for a pan-global approach that’s decidedly pop in flavor, sometimes riding heavy rhythms -- Pitbull and Dizzee Rascal do show up on bonus English-language versions of “Loca” and “Rabiosa” -- but always relying on melody and texture, creating a tight 12-track record that’s casual in its eclecticism but no less dazzling because of its relaxed tone. Particularly when compared to the stylized ambition of the two-part Oral Fixation, Sale el Sol feels breezy, Shakira never calling attention to just how much ground she covers. Opening with a dose of anthemic soft rock in its title track, Sale el Sol eventually winds its way through the dancefloor (“Loca," “Gordita”), catches its breath on the ballad “Antes de las Seis,” offers up an infectious piece of pure pop in the vein of the New Radicals on “Mariposas,” beats all U2-inspired arena rockers at their own game on “Devoción,” adopts a cool new wave pulse on “Tu Boca,” and finds warmth within the art pop of the xx, whose “Islands” is a shimmering peak here. Despite all these sounds, Sale el Sol never once sounds disparate or overworked -- it’s sunny and easy, its natural buoyancy disguising Shakira’s range and skill -- but listen closely and it becomes apparent that nobody makes better pop records in the new millennium than she does. 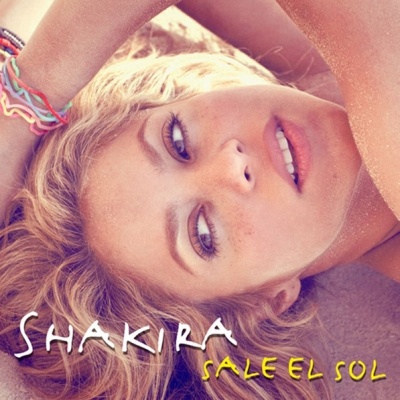