This Original Album Classics release through Sony features five late-'70s and early-'80s albums from the Isley Brothers: 3+3 (1973), The Heat Is On (1975), Go for Your Guns (1977), Grand Slam (1981), and Between the Sheets (1983). While most sets of this kind bundle consecutive releases, this one skips around. Harvest for the World, Showdown, and Go All the Way, to name three of several LPs, were issued during the frame of time covered here. Between these five albums, there are many significant Isleys singles, including "That Lady," "Fight the Power," "Sensuality," "Footsteps in the Dark," and "Between the Sheets." 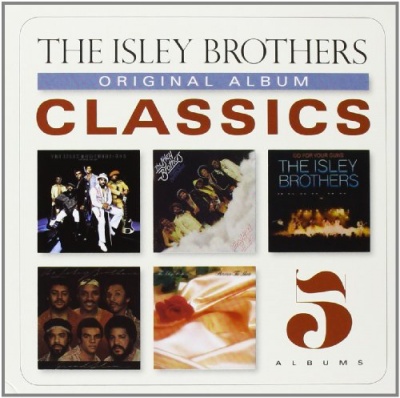