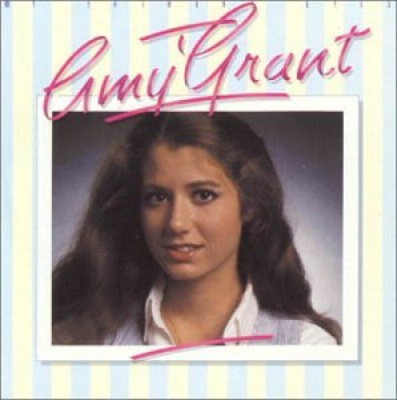 My Father's Eyes, Amy Grant's second album, demonstrated that the 18-year-old contemporary Christian singer/songwriter had grown up a lot from the 16 year old who made her self-titled debut, but that maturity didn't always seem like a good thing. Grant, who wrote or co-wrote eight of the 13 songs, came across as a girl who had seen much more of the world in two years, and that experience had introduced both personal insecurity and a degree of intolerance. "Always the Winner," addressed to a "you" who sounded very much like the singer herself, questioned the virtue of being "the star of the show," concluding, "Turn out the spotlight, I'm tired," before, inevitably, seeking solace in the Lord. And the singer, who was attending college during the week and concertizing on the weekends, also confessed to exhaustion in "All That I Need Is You," even to the point of pleading, "I hope You'll understand if I don't pray/But I need my rest to carry on." At the same time, it seemed that her formal education and her wider circle of acquaintances were disturbing her. "Faith Walkin' People" rejected viewpoints contrary to fundamentalist Christianity, particularly "reasoning that's standing in the way," while "Giggle," despite its deceptively comic arrangement, pointedly attacked the teaching of evolution, and "There Will Never Be Another" criticized "attending universities/Educated in the wisdom of men." Brown Bannister, promoted to producer as well as co-writing four songs, continued to look to the pop charts for Grant's music. "Faith Walkin' People" boasted a Chicago-style horn arrangement; "Always the Winner" sounded like a Carpenters ballad; "Never Give You Up" displayed the influence of the Bee Gees; and "You Were There" was set to a disco beat. Bannister also continued to skirt the edges of Christian music with songs that could be interpreted as secular. Gary Chapman's "Father's Eyes" of course referred to the Father, but could just as easily be heard as a song about an earthly father, and Jesse Winchester's "Lay Down (The Burden of Your Heart)" was turned into a religious song only through context and by a telling lyric change ("Let your daddy kiss it" became "Let your Daddy lift it"). Grant and Bannister were forging a new style of Christian pop music here, and while it attracted many adherents, it was beginning to rub at least a few traditional believers and nonbelievers the wrong way.