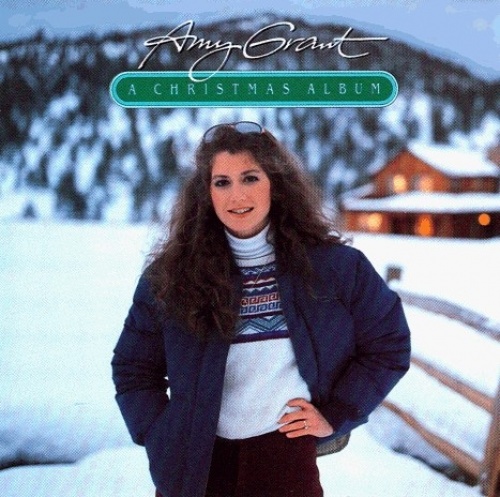 At the age of 22, Amy Grant took another step in her career by issuing her first Christmas album in 1983. It was a logical-enough release for a Christian performer, but also one that suggested she was an established headliner, an artist whose versions of standards like "The Christmas Song" and "Little Town" (aka "O Little Town of Bethlehem") would be interesting to listeners because she was singing them. In her carefully planned march to mass popularity, the album represented at least one tentative outreach in a musical direction Grant would not pursue. The leadoff track, "Tennessee Christmas," found her husband and co-writer, Gary Chapman, playing a pedal steel guitar on a song that seemed intended to probe the country market and that actually earned some country radio play. But despite being a scion of the Nashville aristocracy (i.e., the wealthy families that long predated the rise of country music in the city), Grant was never really a country artist, and the rest of the album, cut at James William Guercio's Caribou Ranch studio complex, reflected the increasing influence of West Coast pop on her sound, with Los Angeles studio aces like Lenny Castro, Bill Champlin, Victor Feldman, Richard Page, and Dean Parks among the credits. Also increasing his influence was songwriter/keyboardist Michael W. Smith, who contributed such songs as "Emmanuel," a synthesizer-heavy pop/rock track that could have fit on one of Grant's regular albums. So could some of the other material, in fact. A Christmas Album was a record for the audience Grant had attracted with her 1982 breakthrough (and about to be gold) LP, Age to Age, an audience of Christian rock fans attracted by her personal approach to faith. It looked forward to her straddling of secular and CCM music, and as her star rose, it sold well perennially, eventually achieving multi-platinum status, helping associate Grant with the Christmas season as she went on to record more seasonal albums and tape holiday specials.