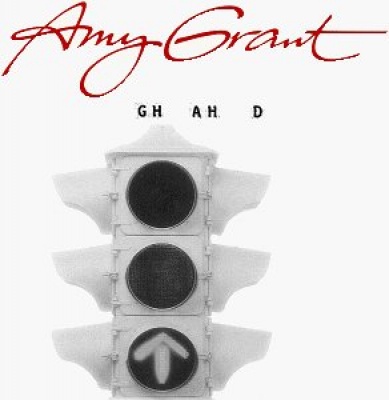 Straight Ahead may sound like conventional Christian Contemporary light pop today, but when the album was released in 1984, it was an aggressively contemporary new direction for Amy Grant, the mild-voiced darling of the CCM industry. Grant's previous albums had been dominated by more or less easy-listening gospel tunes, with only a handful of slightly harder-edged exceptions (e.g. "Too Late" on the 1980 album Never Alone, "I Have Decided" on 1982's Age to Age). But with Straight Ahead, Grant and her faithful producer Brown Bannister heated up her sound with unprecedented quantities of electric guitar and synthesizer (supplied by emerging CCM icon Michael W. Smith, who also handled much of the songwriting). The album became an instant industry classic, and songs like the snappy "Where Do You Hide Your Heart," the worshipful piano ballad "Thy Word," and the Grammy winning rocker "Angels" have become staples in youth-group sing-alongs across the country. Straight Ahead was an important precursor to the even more aggressive 1985 album Unguarded, which produced Grant's first major crossover hit, "Love Will Find a Way."