Prince's star faded not long after he won emancipation from Warner Brothers in 1995, as he abandoned the mainstream so he could follow his whims however he liked. Which meant that he effectively started making records for nobody but himself, whether that meant triple-disc collections of new material or an all-instrumental smooth jazz album, and in short order, his fans started dwindling away to nothing but the hardcore, who themselves had their patience tried by such antics as Prince suing his own fanzine in the late '90s. It seemed that he was fated to permanently wander in the wilderness, making music for an ever more selective audience, until he suddenly decided in 2004 that he wanted to be back in the game, returning to the spotlight with acclaimed performances at the Grammys and the Rock & Roll Hall of Fame induction ceremony, announcing an all-hits tour, and releasing Musicology, his first major-label distributed album in five years. This flurry of activity suggests that Prince is treating this as an opportunity for a full-fledged comeback and, thankfully, he's seized this moment and delivered a vastly entertaining record. Unlike everything he's done since leaving Warner, Musicology doesn't alienate listeners; it's tight and lean, weighing in at 12 tracks and 47 minutes, yet that's still enough room for Prince to showcase his virtuoso versatility. He tries a little everything -- down and dirty funk jams, slow sensual grooves, and, happily, he revives the psychedelic pop of the mid-'80s with the deliriously catchy "Cinnamon Girl" -- but unlike on such overworked albums as Emancipation and Rave Un2 the Joy Fantastic, it never feels like an attempt to dazzle or a series of stylistic exercises. That's because there's a clarity to his production -- dense, but never busy, proving once again that he's about the only musician who can make a one-man band sound as vibrant as a live nine-piece group -- and a focus to his writing that hasn't been heard in a long, long time. At its core, Musicology is essentially classicist Prince, as he makes a deliberate decision to play to all of his greatest strengths, but because it's been so long that he's made a record this confident and concise, it doesn't sound like a retreat. It sounds as if he's rediscovered his muse, which is quite a bit different than simply following his whims. Make no mistake, this isn't the second coming of Purple Rain or Sign 'o' the Times or even Parade -- in other words, it's not a masterpiece, more like a more confident and consistent Diamonds and Pearls without the hip-hop fixation -- but it's a strong album, one that impresses on the first listen and gets better with repeated plays. In short, it's the comeback that it was meant to be. 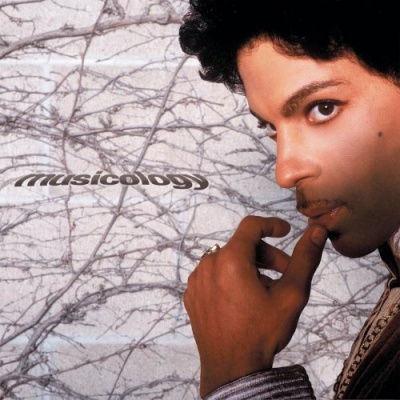