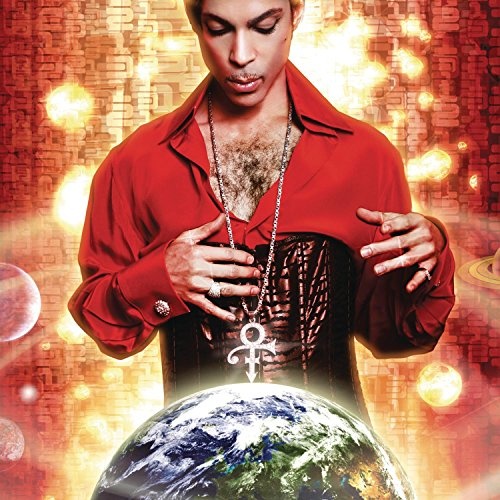 Comeback accomplished, Prince now settles into a groove with 2007's Planet Earth, his 26th studio album and successor to the two deliberate comebacks, Musicology and 3121. Those two albums were designed to storm the top of the charts but, more importantly, they were made with the intention of making Prince prominent again -- a gambit that worked since Prince worked hard, stealing the show at both the Superbowl and the American Idol fifth-season finale and turning into an in-demand concert ticket once again. Both records were recorded with the expectations of making a splash, and 3121 even made some overtures toward modern music, most noticeably in the sleek electro workout of "Black Sweat," which suggested that Prince had heard the Neptunes, even if he didn't pay them much mind. In contrast to such grudging nods at his progeny, Planet Earth doesn't attempt to make concessions to contemporary music, although it does make a point of addressing the modern world, whether it's in the neo-apocalyptic warnings of destruction and God on the title track or his offhand reference to "this digital age" on the sweet slow jam "Somewhere Here on Earth." Such passing asides are enough indication that, even if Prince may belong to his own universe, he surely lives in our world, something that's also apparent from his move to give away the album with Sunday newspapers in the U.K., a move that infuriated record labels in Britain -- since how can you sell something that's being given away for free? -- yet makes some sense in terms of sheer marketing. After all, Planet Earth is the kind of sturdy, highly enjoyable music that needs some manufactured hoopla around its release; otherwise, it will fade into the artist's prodigious back catalog because of its very nature. This isn't a self-styled comeback, it's an album that showcases a still-vital veteran relaxing and playing music that's not surprising, not fashionable, but not stodgy or fussy. That may mean that Planet Earth isn't much more than a quite good Prince album, one that hits upon his most accessible personas -- impish popster, funk-rocker, seductive balladeer, charmingly mystic weirdo -- and doesn't go much further than that, yet it still offers plenty to enjoy, either as sheer music (some of the synths are a bit glassy, but nobody knows how to make a record sound warm like Prince) or as songs. If there are no classics here -- or even songs that are as instantly grabbing as "Lolita" -- there are no bad songs either, with the very funny, tightly wound rocker "Guitar," the light, frothy "The One U Wanna C," and the NPG knockoff "Chelsea Rodgers" being as engaging as slow jams like "Future Baby Mama." There's no fluff and no fat, just ten strong songs delivered with just enough flair to remind you it's the work of Prince, yet strategically avoiding the indulgence that marginalized him throughout the '90s. Ultimately, Planet Earth is the sound of a working musician working, which makes it a bit of a passing pleasure, yet there's no denying that it is indeed a pleasure having him turn out solid records like this that build upon his legacy, no matter how modestly.