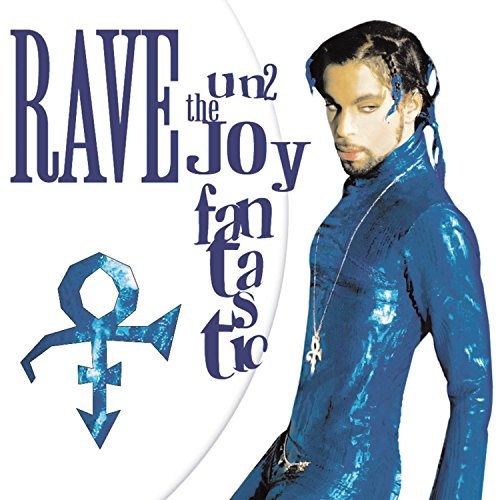 Clive Davis convinced Prince to record a star-studded comeback album for Arista in 1999 -- much like how he coaxed Prince's idol Carlos Santana to revive his career with Supernatural. Problem is, Prince isn't willing to fully throw himself into the contemporary mainstream, as Santana did. Instead, he sticks to his guns with Rave Un2 the Joy Fantastic, delivering an album that's frighteningly similar to the lackluster New Power Soul, only a little slicker and better, and with cameos. Rave, like its predecessor, is stilted and canned, clearly the work of one man with guitars, synths, and a drum machine. It's shocking to hear how perfunctory most of the performances are on Rave, yet it's stranger to hear Prince gunning for the pop charts. He has funk, a dash of pop, a little bit of rap, and a whole lotta ballads -- anything that could result in a crossover hit. There are a couple of cool moments on this overlong, 70-minute album and, curiously, most of those are tracks with superstar collaborators. Prince sounds committed and adventurous on these songs, whether it's the electro-funk "Undisputed," which features a Chuck D rap, the harmonica-laden bluesy pop of "Baby Knows" (harmonica and harmonies by Sheryl Crow), or the utterly delightful, effervescent duet with Gwen Stefani ("So Far, So Pleased"). These songs, along with the passable funk-pop title cut and the ballads "The Sun, the Moon and Stars" and "Wherever U Go, Whatever U Do" are pretty enjoyable, yet their presence highlights how pedestrian the remainder of Rave is. Also, these are the kind of songs fanatics appreciate because of their subtleties. So, this is one for the dedicated, like every album he's made since he changed his name to a symbol.