Part of the Legacy label's X2 series of two-in-one releases, this package pairs Mariah Carey's third proper studio album, Music Box (1993), with her sixth, Butterfly (1997). The two albums are in standard jewel cases, as they were originally released, and are packaged in a thin paper shell with generic design. These albums sold a combined total of over 15 million copies in the U.S. alone, and they feature the number one Hot 100 hits "Dreamlover," "Hero," "Honey," and "My All." The set, issued in 2008, typically retailed for a price lower than the sum of the albums bought individually. 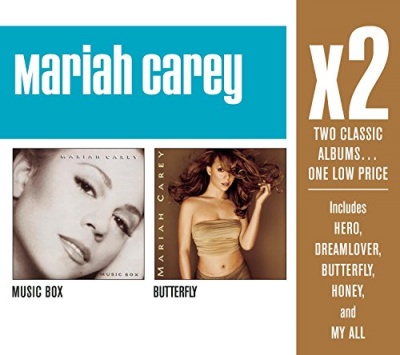