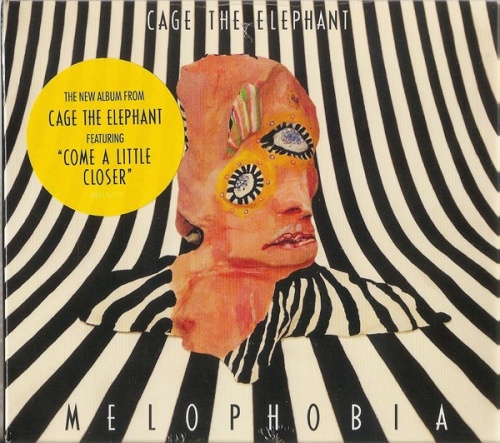 Among new millennial '90s alt-rock revivalists, Cage the Elephant are distinguished by their elegantly sculpted melodicism and their eagerness to smooth their scuzz-rock -– equal parts Pixies and classic Nuggets -– to make their rock palatable to the masses. The two characteristics go hand and hand -- good melodies always beg for proper presentation -- and CTE's predilection for polish isn't without precedent: Pixies producer Gil Norton was many things but raw was not one of them. To their considerable credit, Cage the Elephant don't sound stuck in any one of their possible pasts on 2013's Melophobia, their third album and their most assured LP to date. Influences and heroes can be heard -- the Pixies, sure, but also the Strokes on the tightly wound "Take It or Leave It," the Kills (whose Alison Mosshart guests on "It's Just Forever") -- but Cage the Elephant aren't recycling, they're synthesizing, mashing big, and swinging jagged guitars with candied melodies, furious rhythms, a slight hint of soul, and an echo of new wave. Melophobia is a thoroughly modern rock record, where all the past is alive in the present, so if you've ever had affection for any alt-rock sound from the '80s through the 2000s, it's hard not to find something to enjoy here.