The more things change in rock, the more they inevitably stay the same -- and in the case of Cage the Elephant, that's a good thing. Actually, it's a very good thing. Cage the Elephant didn't exist until 2005, but as this self-titled album demonstrates, their ability to be influenced by alternative rock and classic rock simultaneously is a definite plus. Drawing on influences from different eras, this Kentucky-based band has an appealing sound that combines a strong appreciation of the Rolling Stones with elements of the Red Hot Chili Peppers, Beck, hip-hop, and punk. This isn't full-fledged R&B, but it is certainly funky by rock standards -- and that funkiness serves Cage the Elephant well on bluesy, gritty, infectious offerings like "Free Love," "Back Stabbin' Betty," and the single "Ain't No Rest for the Wicked." When one analyzes the band's sound, it makes perfect sense that classic rock-loving alterna-rockers who are into the Stones would also be into the Red Hot Chili Peppers, Beck, and the Beastie Boys; after all, Mick Jagger and Keith Richards were absolutely obsessed with both Northern and Southern soul in their 1960s/1970s heyday. The Stones were more than happy to cover gems that had been previously recorded by the Temptations ("Ain't Too Proud to Beg," "Just My Imagination"), Marvin Gaye ("Hitch Hike"), Rufus Thomas ("Walking the Dog"), and Irma Thomas ("Time Is on My Side"). Similarly, the Red Hot Chili Peppers have always been heavily into Parliament/Funkadelic and Sly Stone and covered the Ohio Players' "Love Rollercoaster" in 1996. So there are major parallels between Cage the Elephant's influences even though their influences come from different eras. But instead of trying to sound exactly like those influences, Cage the Elephant have developed their own sound -- a sound that is hardly groundbreaking by 2000s standards, but is nonetheless their own sound. And they show considerable promise on this excellent album. 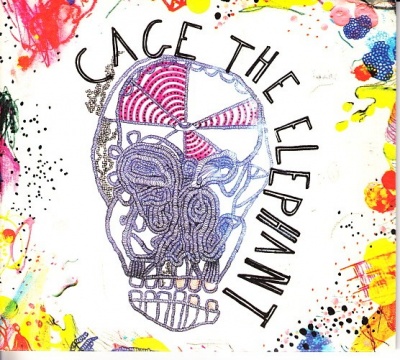