I've Always Been Crazy: A Tribute to Waylon Jennings Review

The second of two high-profile tribute albums to the great Waylon Jennings, RCA's I've Always Been Crazy: A Tribute to Waylon Jennings is the splashier of the two, featuring a cavalcade of superstars as well as cuts by Waylon's widow, Jessi Colter, and the man himself. It's also the better of the two, partially for the reasons above, but that doesn't necessarily mean that the album works. Again, part of the problem of paying tribute to a larger-than-life figure like Waylon is that it's too easy to get clouded over by his large shadow. After all, this is a singer who frequently took other people's songs -- Steve Young's "Lonesome, On'ry and Mean," Neil Young's "Are You Ready for the Country," Rodney Crowell's "I Ain't Living Long Like This," Ed Bruce's "Mamas Don't Let Your Babies Grow Up to Be Cowboys," any number of Billy Joe Shaver songs -- and didn't just make it seem as if he owned the tunes, but as if they were pulled from his own life. Given that powerful presence, it's hard for other artists to come along and make the songs their own, so it's little surprise that there are some singers on this tribute that don't even bother to try, such as Travis Tritt, who mimics Waylon on "Lonesome, On'ry and Mean," and winds up all the better for it. Certainly, that's more effective than the well-intentioned but misguided version of "Mamas Don't Let Your Babies Grow Up to Be Cowboys" by Deana Carter and Sara Evans; in the hands of two female singers, the theme of the song is changed slightly, which isn't the problem -- it's that the light, overly fussy arrangement doesn't tap into the underlying melancholy of the song, turning it into pleasant radio fodder that has little to do with cowboys, smoky old poolrooms, or clear mountain mornings. Fortunately, missteps like that are rare -- although hard rock revampings of "Don't You Think This Outlaw Bit's Done Got Out of Hand" by Metallica's James Hetfield and "Are You Ready for the Country" by Pinmonkey both stumble -- and the rest of the record is well-done and pretty entertaining. John Mellencamp straightens out "Are You Sure Hank Done It This Way," playing it as if it was an outtake from The Lonesome Jubilee, there's a cool drunken reading of "Luckenbach, Texas (Back to the Basics of Love)" by Kenny Chesney and Kid Rock, Dwight Yoakam turns in a rollicking, spirited "Stop the World (And Let Me Off)," Alison Krauss turns "You Asked Me To" sweet, Ben Harper's "Waymore's Blues" is nicely, mildly ramshackle, Brooks & Dunn have an energetic "I Ain't Living Long Like This," and Hank Junior mixes things up with "Only Daddy That'll Walk the Line," removing the riff, slowing it down, and coming up with something that sounds like a good reinvention, similar to how Waylon interpreted songs. It's one track that seems to really capture the spirit of Jennings' best music, and if the rest of the record doesn't live up to that standard, it is far from embarrassing, and often pretty fun. Of course, it can't help but pale compared to Waylon's originals -- something that the poignant closer "The Dream," sung by Jennings himself, hammers home -- but if this tribute makes a few people buy his original recordings, then it can't be all bad. 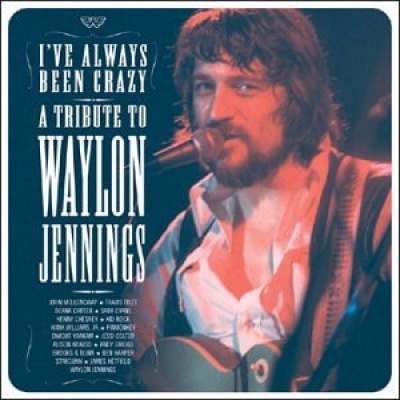