Alan Jackson has never been away, so why does 2008's Good Time feel like a comeback album? Because this, his 14th album, is a return to straight-ahead modern country after several years of detours, including a late-night saloon album produced by Alison Krauss (Like Red on a Rose) and an austere collection of spirituals (Precious Memories). Even his last full-fledged country album, 2004's What I Do, felt a little understated and modest, adjectives that can't quite be applied to Good Time, even if it bears Jackson's unmistakable mark of casual authority. That casualness can disguise his ambitions, especially on an album as shining and snappy as this. It's only upon close inspection that the audacity behind Good Time becomes apparent: it's Jackson's first album of all-original material, and at 17 tracks it's the effective equivalent of a double-album in country music, where all albums outside of Vince Gill's mammoth triple-disc These Days are brief and to the point. Unsurprisingly given its length, Good Time drifts amiably and takes its time, lingering on its ballads and gliding through the faster tunes, sustaining a cheerful mood. It's so easy to enjoy that it takes a bit of attention to dig out the true gems lying here, and there are many: the brisk bluegrass strut of "Long Long Way," brought down to earth by Jackson's Haggard-esque phrasing; the slightly gangly, tongue-in-cheek Western swing of "I Still Like Bologna," which finds a more straightforward cousin in "Nothing Left to Do"; the gentle roll of "Listen to Your Senses," as sweet and light a song as Jackson has ever cut. These are the exceptions on an album that feels big and bright, a throwback to the days of '80s new country, especially on "Never Loved Before," a zippy duet with Martina McBride that finds its flip on "Laid Back 'n Low Key," a piece of soft rock that could have fit onto the airwaves during the prime of urban cowboy. And that is the sly genius of Good Time -- it demonstrates that Jackson is as comfortable with the poppier side of country as he is with the harder stuff, and he can deliver it without seeming as if he's pandering, a feat that is almost as impressive as those generic detours he's taken in the past few years. 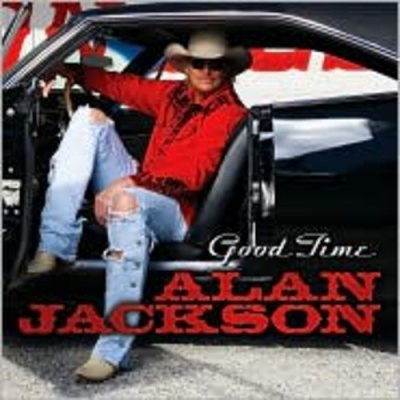