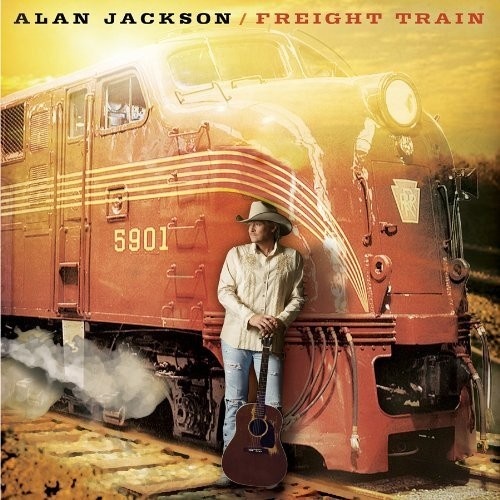 Freight Train, Alan Jackson’s 16th album, has none of the momentum of a locomotive but all of the reassuring sturdiness of a hulking piece of steel: this is music built for distance, not speed. Appropriately, not much on Freight Train moves all that fast -- there is a bit of a skipping gait to the title track -- and nothing hits that hard; it all rolls along comfortably, never pushing at the edges of Jackson’s comfort zone. More than ever, the singer sounds like part of the old guard, willfully ignoring anything modern or rocking, preferring to sing swaying ballads and pay tribute to Vern Gosdin via a cover of “Till the End.” As relaxed as this is, Jackson isn’t necessarily coasting -- he wrote the lion's share of the 12 songs here, choosing his four covers wisely -- but his touch is so relaxed it sometimes it feels as if he is. Certainly, there’s a fair share of charm to Jackson’s cozy confidence, but Freight Train doesn’t offer a sustained romantic mood along the lines of 2006’s understated gem Like Red on a Rose. Instead, it’s the sound of a major star gently easing away from the spotlight, deciding that he’s so comfortable in his old clothes that there’s no reason to try something new.