If there was one record that established Alan Jackson as a bona fide star, Don't Rock the Jukebox was it. The set featured no less than two number one singles in the title track and "Love's Got a Hold on You," and three more entered the Top Ten. This is Jackson at what he does best, being a modern honky tonk singer not quite as tough as Dwight Yoakam, but with more sex appeal and easier on the ears for those who like their "hard country" smoothed a bit. That's more Keith Stegall's fault than Jackson's, as there is no doubt by his having written or co-written all but one song here that he's the real thing. The truth of the matter is that Jackson's mettle comes in the ballads, like the criminally overlooked "That's All I Need to Know," or in the story-songs like "Dallas." "Midnight in Montgomery" is a stellar song about encountering the ghost of Hank Williams; its Spanish guitar overtones in the intro made it perfect for the radio, but its innovative video far overshadowed the song as a single. But hits aside, Don't Rock the Jukebox is solid as a new traditionalist record, meaning that it's a country record with ever-present pedal steel for every synth or glossy fiddle. Jackson's voice is in the groove, down there with Jones and Haggard, tougher than Travis, leaner than Strait, and almost as hillbilly as Yoakam. This is a great record that stands the test of time. 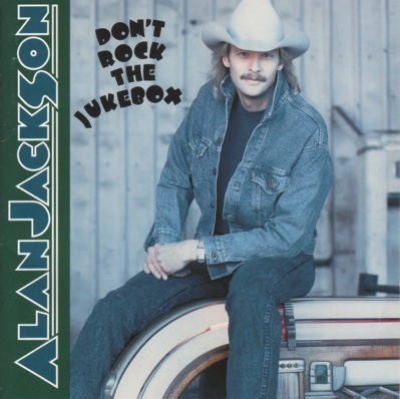