Now who in the jazz world would have the chutzpah and ambition to try to compete with Igor Stravinsky at his own game? Wynton Marsalis, of course, who attempts to do the same thing with Stravinsky's magnificently acerbic theatre piece L'Histoire du Soldat as Stravinsky did with other composers - rework and translate his music into Wynton's own sound world (interestingly, both Marsalis and Stravinsky were 36 years old when they wrote these pieces). Marsalis follows Stravinsky's layout of selections almost to the letter, using the same seven-piece instrumentation, but doesn't have very much of his own to add; the paraphrase works best when he swings around Stravinsky's basic groove. Instead of Stravinsky's storyline of a soldier who sells his soul, Marsalis spins a tale of an idealistic yet upwardly-mobile female violinist who allegedly sells out her music to the Devil - a record company executive with the initials B.Z.B. This should come as no surprise to those who know the work of its author, Stanley Crouch, who has been harping on this theme for years as Marsalis' annotator. Predictably, Crouch's text grates, though actor André De Shields narrates it with oily panache, and Marsalis actually undercuts the thrust of Crouch's preaching by saving his best stuff for the Devil's music at the end. If playing this kind of "commercial" music is truly the Devil's work, then we should all aspire to such evil deeds. Well, at least there is one humorous self-mocking passage, when De Shields describes the trumpeter of the band as "the most arrogant know-it-all." The score does receive a much better performance on disc than it did in live appearances before the recording sessions; apparently Marsalis and six musicians from the Chamber Music Society of Lincoln Center (including the multi-talented Stefon Harris on percussion) had finally gotten the hang of his score's off-kilter swinging pulse. If you want to get to know this score without the words getting in the way, get the suite on the At The Octoroon Balls album. 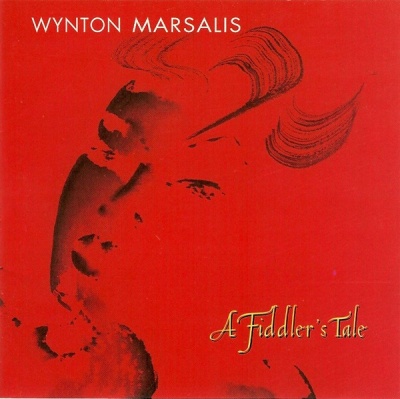