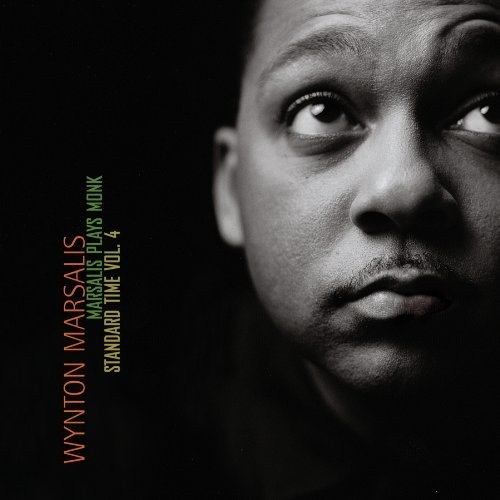 As the fourth volume of Wynton Marsalis' ongoing Standard Time project, as well as the first volume of his planned eight-disc series Swinging into the 2, Marsalis Plays Monk arrives with some baggage -- but it isn't as great as the baggage that comes with tackling the compositions of Thelonious Monk, one of the greatest and most idiosyncratic composers in jazz history. Marsalis takes two different tactics to distinguish himself. He avoids the obvious choices, the songs that have long been part of every jazz musician's repertoire -- no "'Round Midnight" or "Well, You Needn't" will be heard here -- and focuses on a selection of 14 tunes that illustrate the complexity and diversity of Monk's music. Secondly, Marsalis decided to give all these songs clean, direct arrangements, which makes this music more accessible. To some listeners, it may be a little disconcerting to hear the rough edges sanded away, but these precise arrangements are quite engaging in their own right, demonstrating the versatility of Monk's compositions. Marsalis might not offer anything new, but with his stellar supporting band -- including tenor saxophonists Walter Blanding and Victor Goines, alto saxophonist Wessell Anderson, trombonist Wycliffe Gordon, pianist Eric Reed, bassists Ben Wolfe and Reginald Veal, and drummer Herlin Riley -- he's made an enjoyable classicist jazz LP that happens to be an affectionate tribute to a true master.