The final version of Ciara's third album, issued after several months of delay, is quite dissimilar from the one detailed in an August 2008 Billboard cover story. According to the article, Fantasy Ride was to be divided into three sections tentatively titled "Groove City," "Crunk Town," and "Kingdom of Dance." At some point between then and the album's May 2009 release, this concept was mercifully scrapped, quite possibly because the track list underwent some changes. Regardless, it would not be difficult to construct an imaginary three-part Fantasy Ride from the finished product, with each song easy to slot into one of the designations. Had Ciara stuck with the city/town/kingdom concept, "Groove City" would have been the most populous and happening of the three. A couple of these ballads and slow jams are up there with the highlights from Goodies and The Evolution -- no coincidence that both were written and produced by the-Dream and Christopher "Tricky" Stewart (Rihanna's "Umbrella," Beyoncé's "Single Ladies"), the Jam and Lewis or Neptunes of their time. On the hypnotically winding "Like a Surgeon" (not a cover of Weird Al's Madonna parody), the-Dream provides some of his best, gimmicky, post-R. Kelly similes and metaphors, delivered by Ciara with all the necessary arrogance: "I appreciate your recovery time, but you need a physical one more time." "Keep Dancin' on Me," its opposite in sentiment, is as resigned and alluring as the-Dream's own "Fancy," swapping dejection for a kind of blissful yearning. Blink and you will miss what was to be "Crunk Town": "High Price" is a decent "Oh" revamp, with booming, low-end, creature-feature synths, and Ludacris all part of the mix, though Ciara's outlandish operatics are a new (and nice) touch. The five uptempo tracks that would have been "Kingdom of Dance" are uneven, exemplified by the hobbling flop that is "Love Sex Magic," an easily forgettable Justin Timberlake collaboration, and "Work," an over-stuffed dancefloor mess that does not benefit from Missy Elliott's hoarse hectoring. Even if Ciara imaginatively develops the "Super C" superhero introduced in the disc's booklet, she and her collaborators will have to work extra hard on the next album to ensure that she does not stall in a creative cul de sac. 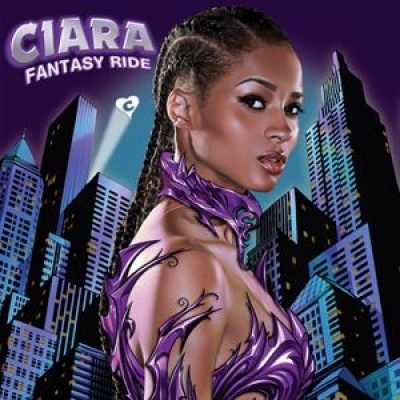