Whether she was dropped, released, or merely shifted away from her deal with LaFace parent Jive, Ciara was displeased with the lack of support given to Fantasy Ride and Basic Instinct. Her self-titled fifth album sees her back with LaFace co-founder L.A. Reid, president of Epic, whose roster added several LaFace artists due to distributor Sony's consolidation of labels. Ciara took plenty of time to develop the album -- long enough for delays, a scrapped lead single ("Sweat"), the release of various non-album cuts, and even a change of title (originally One Woman Army). The result isn't a muddled mess but another lean and focused set, despite the involvement of several writers and producers. A full-length partnership with fellow Atlanta native Mike Will, specialist in woozy and entrancing trunk rattlers, would have been ideal -- if perhaps too obvious -- but they do connect on "Body Party," one of Ciara's most attractive slow jams, as hot as "Promise" and "Speechless." Slinking and slightly predatory or confrontational content courses throughout the album, including the booming "Sophomore" ("So you say that you a bachelor/Well step your game up and get your master's), the winding "Keep on Lookin'" ("Keep on lookin', keep on lookin' with your lookin' ass), and the steamier, more gleaming likes of "Super Turnt Up" and "DUI." Those are the highlights, while the more energetic and/or pop-oriented material -- "Overdose," the Kid 'N Play-quoting "Livin' It Up," the mature and middling Future duet "Where You Go" -- is functional if not as memorable. 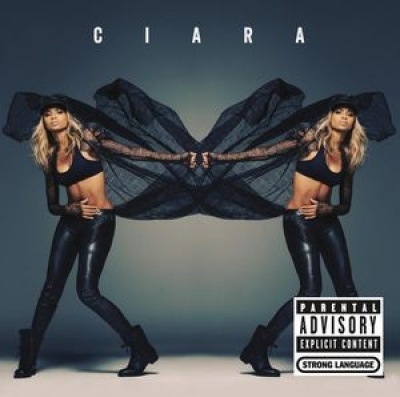