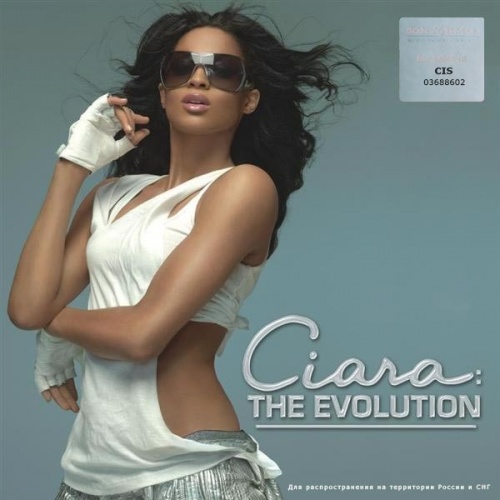 Evolution is a slow process, so it shouldn't be startling that The Evolution is not a quantum leap forward from Goodies. Ciara's second album, The Evolution is held together by a handful of immaterial monologues that would be best left to an interview disc. Take "The Evolution of Music," where she states, "I feel like music is so different than what it used to be, and because of that, I was inspired to do something different this time around." And then in comes "Promise," yet another song referencing Kraftwerk and Zapp, and it also takes cues from prime Janet Jackson and Aaliyah -- so, no, it's not different at all. Make no mistake, though. The song is tremendous, one of the sexiest, slow-tempo, non-breakup songs of the past ten years. Yet, for all the talk of developing and being different, one might expect an album not as firmly rooted in electro and early '80s R&B as Goodies. (Even the album's sleek cover, somewhere between Robocop and the Pointer Sisters' Break Out, has a devolved look.) Those who can disregard the discrepancies between the pronouncements and the actual content will find an album that's on equal footing with Goodies. With the exception of "Promise," The Evolution lacks clear-cut highlights on the level of "Goodies," "1, 2 Step," and "Oh," but there are fewer outright disposables. Ciara and her songwriting partners' injection of a little more substance into the songs tends to pay off, as on "Like a Boy" ("What if I had a thing on the side, made you cry?/Would the rules change up, or would they still apply?"), while "My Love" and "So Hard" also surpass the aching and breaking moments on the debut. As expected, there are plenty of tracks geared toward letting loose and dancing, and most of them do deliver, even if they don't seem quite as fresh as Ciara's past hits.