On their second album, Eddie Montgomery and Troy Gentry continue to resurrect the sound and persona of Southern rock and outlaw country performers like Charlie Daniels and the Marshall Tucker Band. They may not have been much involved in the songwriting for this album, managing one co-writing credit each along with Kenny Beard on "Lucky to Be Here" and spreading the rest of the writing among no less than 23 other names, but that large staff knew to craft a collection of songs full of boastful Southern pride and not a little belligerence. For the most part, the sentiments never go too far, restricting themselves to playful bluster, though on one occasion the duo takes on an issue it might have been better advised to leave alone. That's when, in "Carrying On," they sing, "It ain't nobody's business what kind of flag I fly 'cause that's my right." Getting into the Confederate flag controversy may well attract attention to them, but not necessarily the kind they want. Southern clannishness is one thing, but the Klan is another. That's the exception, however, since Montgomery Gentry usually is careful only to put on the airs of rebelliousness without actually being offensive. Similarly, the music never turns into real barroom stomp or bluesy country-rock, skirting the edge of a hard sound but never boiling over. That's why the correct comparisons are to softer acts like Charlie Daniels and Marshall Tucker rather than real rowdies like Hank Williams, Jr. and Lynyrd Skynyrd. Next time around, the duo ought to try varying the message a little bit; all these songs about what he-men they are make it sound like they're trying to hard to be macho, especially when the music doesn't entirely back up the boasts. 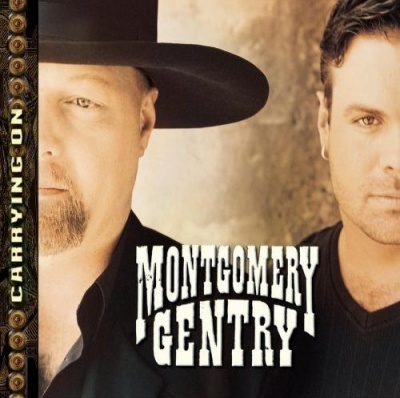