The core of Montgomery Gentry's musical appeal lies in the duo's vocal contrast, alternating lead singing between the gruff low tenor of Eddie Montgomery and the sweeter high tenor of Troy Gentry. The core of their cultural appeal lies in another dichotomy, between the hell-raising and church-going aspects of stereotypical Southern rural life. "My Town," the leadoff track, title song, and advance single from their third album, concerns itself with the latter, depicting a small community in which you have to get up early on Sunday morning to be able to find a seat in church. But by the fifth track, the singers are having trouble keeping to the straight and narrow, deciding that they'll be "Bad for Good," and that song is a good candidate for a single, too. To a country fan, of course, there isn't that much of a conflict between the duo's rowdy Saturday night and reverent Sunday morning postures. In fact, they're two sides of the same coin. Similarly, to Montgomery Gentry, as to many fans, contemporary country music isn't just acoustic instruments and cheating songs, it's also the legacy of 1970s Southern rock. The session musicians number Allman Brothers Band alumni Chuck Leavell and Johnny Neel, and the album, which rocks harder as it goes along, concludes with a cover of "Good Clean Fun" from the Allmans' 1990 album, Seven Turns. Just as their image, with Montgomery decked out in a black jacket with tails and a big, flat-brimmed hat and Gentry in excessively casual wear, is calculated, so their musical approach is tempered. But the contradictions are the same ones their listeners live with every day. You may want to jump on the bar and yell "Hell Yeah," but "Montgomery Gentry supports responsible drinking," as a sleeve note discloses. And be early for church. 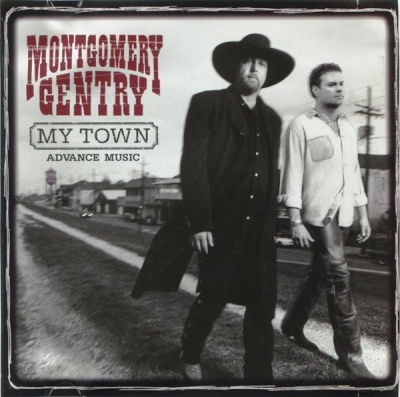