While anyone who loves the music of Samuel Barber will already have Thomas Schippers' heartrending performance of his Adagio for strings with the New York Philharmonic, anyone who loves the music of Samuel Barber will have to hear this disc because it contains many other superlative recordings. The Philadelphia Woodwind Quartet, an ensemble made up of the principals of the Philadelphia Orchestra, performs Summer Music with lightness, beauty, and a marvelous sense of style. André Previn, then a jazz pianist from a movie music background, performs Four Excursions with wit, warmth, and a sparkling sense of rhythm. Dietrich Fischer-Dieskau, then as now the greatest baritone of the past three-quarters of a century, performs Dover Beach with the Juilliard String Quartet, with sympathy, strength, and an impressive sense of the subtleties of the language. The Beaux Arts String Quartet, then as now a nearly unknown ensemble that specialized in accompanying jazz players, performs the String Quartet, Op. 11, with power, panache, and a remarkable sense of pathos. E. Power Biggs with Eugene Ormandy and the Philadelphia Orchestra, then a superlative combination that later became something of a joke, performs the Toccata Festiva with bombast, bathos, and an unerring sense of the spectacle. And, of course, Schippers' performance of the dramatic Intermezzo from Act III of Vanessa remains, along with his Adagio, as one of the best Barber recordings ever made. Sony's remastered stereo sound is up-close and personal and none the worse for it. 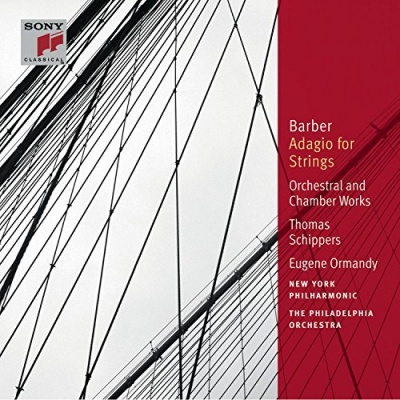