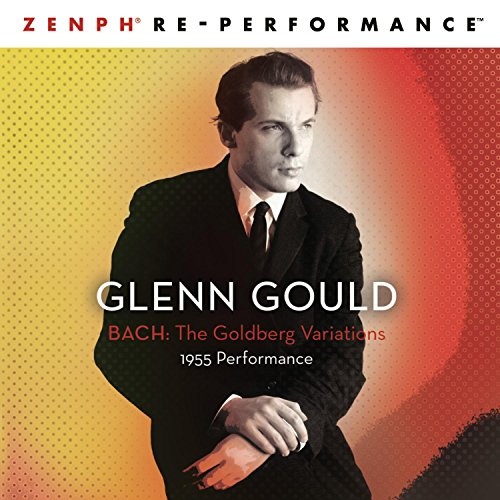 What is a "Zenph Re-Performance"? That may well be the first question for buyers who encounter the cover of this disc without benefit of prior discussion. The short answer: software developed by North Carolina's Zenph Studios that can analyze the sounds of an existing piano recording, breaking them down into digital (numerical) representations of their physical components -- tempo, dynamics, attack, duration, even pedaling. The data thus generated then furnish material for a new, automated performance on a Disklavier Pro -- very much the latest step in a long evolution that began with player pianos and their perforated rolls. Glenn Gould's 1955 recording of Bach's Goldberg Variations marks the commercial debut for the process; other piano discs, both classical and jazz, are on the way. The attractions of a modernized version of the Gould performance are clear: the original, still in print in several different forms, is one of the most famous recordings of the twentieth century, a complete rethinking of Bach's towering summation of the variation form as he knew it and gleeful infusion of his contrapuntal art into a form that was thought to be primarily about instrumental display. But the 1955 sound, though not bad for its time, has its defects -- tape hiss is the big one -- amplified by CD reproduction.

So, can an automatic performance be gleeful? The software does what it claims to do -- the notes are close enough to what you hear on the 1955 recording to make you wonder whether the differences you do perceive are due to external factors, discussed below -- and whether psychological unease with robots (which are really more of a threat because they're boring than because they might take over the world) plays a role. The sound is cleared up to a point where some of the counterpoint that disappears into the murk on the original re-emerges, and this is certainly cause for celebration, and for purchase. Gould, one suspects, would have at least been intrigued with this disc; the 1955 performance had a sort of brave-new-world quality, and it was the desire for control over the musical product that led him to withdraw from performing live in the 1960s. Would Zenph's process have offered him additional control, or would it have represented a loss of control? That's a tough nut to crack. But, as so often with high-tech innovations (it's often plain old graphic design that makes them feasible or not), user satisfaction in this case will depend on human, low-tech factors. This disc does not contain anything even close to a reproduction of Gould's 1955 performance, and the distance is not due to any defects in the Zenph software. The company president has stated that Zenph did not remove any of the small mistakes that are part of any performance, but there are, of course, some big changes. The biggest is the removal of Gould's humming, less prominent in 1955 than on some of his later recordings but still plenty distinctive. Could there have been a more solid assertion of the human factor in music-making, a more rampant bit of individualism in an age when individualism was at its insane height? Take it out, and you have something that's fundamentally altered, fundamentally less than the original. On the other hand, it must be noted that if you have ever wanted to hear Gould without the humming, now you can. The other major change has to do with the sound quality of the Yamaha piano in the guts of the Disklavier -- it's an animal entirely different from Gould's Steinway: rounder, quieter, and in every way less extreme. The smoothing-out of the dynamics you may perceive in the Zenph version is likely due to the differences between the two instruments. The Zenph process is fascinating, and the success of some collector-oriented companies in realizing old piano rolls anew suggests that the primary benefit of the new technology may well come in performances even older than Gould's -- they are planning to issue discs featuring Art Tatum (which should yield a wealth of technical insights) and Alfred Cortot. For the present, if you are after your first set of Goldbergs, this is not the one to pick, but Gould fans will find that the disc repays attention.