The idea sounded weird even for Glenn Gould -- an LP of music, originally for virginals, by William Byrd and Orlando Gibbons. Originally released in 1971, the music is now available again as part of Sony's Glenn Gould Jubilee Edition, which has provided a great opportunity to revisit the Canadian enfant grand et terrible after all these years. In the event, at a time when few people outside of specialists played the virginals, Gould's recording was straightforward, quiet, and nonconfrontational -- adjectives that could rarely be applied to his playing. The program, very short for a CD, alternates between the two composers, who in the realm of keyboard are not as different as Gould makes them out to be in his liner notes, reproduced in full (at brutal one-quarter size -- but it hardly matters, because pretty much everything in the notes is off the wall). Gould's pianistic realization of polyphonic style, however, is well suited to the music -- almost as much as it was to Bach. Gould's tough little ornaments sound great in the elaborate Hughe Ashton's Ground (track 4) and indeed throughout, and his playing has the gentle, elegiac quality that marked the best of his Bach recordings. It's hard to see why the Sweelinck Fantasia Chromatica included on the 1993 reissue of this material was omitted here, making a short disc into a really short one. The remastering job is superb, however, and Gould's notorious humming was, whether through technical or mental means, reined in here. A nice find, even if a retrospective look at the recordings from another annotator would have been desirable. 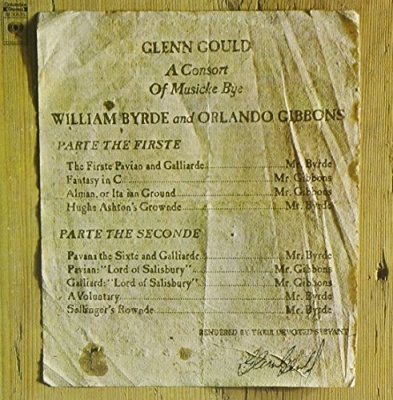