After the extended gestations of the first two discs in Canadian pianist Glenn Gould's recordings of Book II of Bach's Well-Tempered Clavier -- the first was recorded in four sessions between August 1966 and February 1967 while the second was recorded in eight sessions between September and December 1969 -- the third collection of the last eight preludes and fugues was taped in four sessions recorded between January 10 and 31, 1971. What accounts for the big difference is that the first two volumes were recorded in Columbia's studios, while the third was recorded in Gould's own private studio in Eaton Auditorium in Toronto. Produced once again by Andrew Kazdin, the stereo sound here is as clear, as clean, and as lacking in Gould's irrepressible vocalizations as the earlier volumes, but with extra added clarity and impact. As before in this series -- indeed, as in all of Gould's Bach recordings -- Gould's technique is formidable with a precise attack, a crisp release, buoyant rhythms, and transparent textures. And as before in this series and as all Gould's Bach recordings, Gould's interpretations are questionable with quirky phrasing, eccentric tempos, odd balances, and strange structures. While Gould is playing, his performances are wholly persuasive. After he's done, however, some listeners may question the basis of his interpretive decisions. In the end, it's up to the individual listener to determine the validity of Gould's performances. 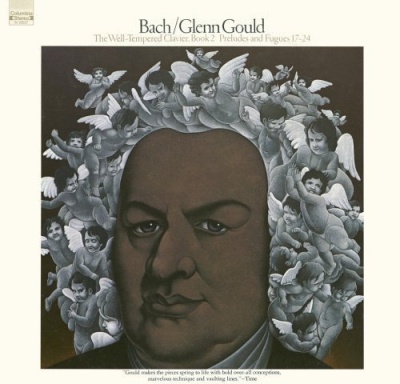