Alive in an Ultra World Review

Steve Vai came up with an ambitious concept for the follow-up to his 1999 album The Ultra Zone: to write a series of compositions that related to different countries, and then to perform and record those tunes in the countries themselves. As he acknowledges in his liner notes to the hour-and-a-half-plus double-CD Alive in an Ultra World, logistics prevented him from exactly accomplishing his goals, especially with regard to geography, so that, for example, "Giant Balls of Gold," the song for Poland, was recorded in Greece, and "The Black Forest," the song for Germany, was recorded in Scotland (both with studio overdubs added later). But for a peripatetic musician like Vai, the idea was doubtless inspiring, and it has spurred him to write some interesting pieces, even if many of them have no obvious connections to the places they're supposed to be about. More often, they sound like Vai's usual musical influences. "Blood and Glory," the song for the U.K., has a majestic sound that does seem British, especially if your idea of Britain is guitarist Brian May of Queen. "The Power of Bombos," the song for Greece, is reminiscent of Jimi Hendrix, so maybe it should have been the song for Seattle. And "Devil's Food," the song for Holland, recalls Frank Zappa, whose "Dog/Meat" is even quoted. Some tunes do show obvious national influences, though. "Iberian Jewel," the song for Spain, employs a Spanish guitar and flamenco rhythm; "Incantation," the song for Bulgaria, and "Babushka," the song for Romania, each have a distinct Eastern European gypsy feel; and "Light of the Moon," the song for Australia, borrows the melody of "Waltzing Matilda" in the chorus. For his part, Vai is an engaging, slightly goofy frontman, which allows him to interact successfully with his European and Far East audiences. 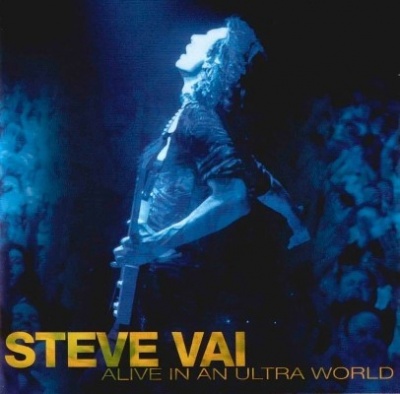