Widely acclaimed as his best album, Passion and Warfare finds Steve Vai coming into his own as a composer, as well as bypassing vocals almost entirely. His style isn't quite as derivative of influences Frank Zappa and Joe Satriani as it was six years earlier on Flex-able; while some of Vai's sense of humor is still evident on tracks like the cock rock strut of "The Audience Is Listening," it is mostly replaced by a spiritual reflectiveness on ballads like "For the Love of God" and "Blue Powder" and dignified, committed rockers like "I Would Love To" and "Liberty." Vai is a more distinguished composer than most of his guitar-shredder contemporaries, and rather than simply showing off his technique, he isn't afraid to experiment or take chances in his playing. Thus, Passion and Warfare is arguably the richest and best hard rock guitar-virtuoso album of the '80s. 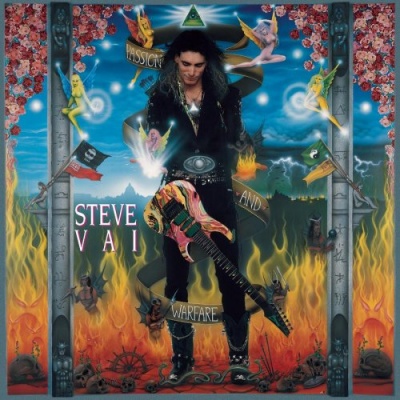