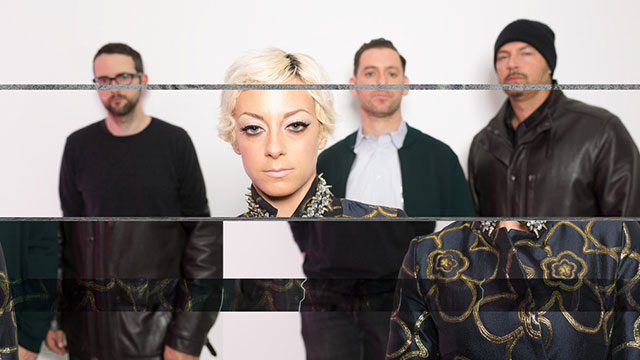 The haunting "Two Shots" from Cross My Heart Hope to Die teeters between crystalline beauty and antsy distortion, and the video for the track manages to heighten the undercurrent of dark sexuality at the song's core. Featuring haunting vocals from Brevi and the musical and production talents of Andrew Kline, Sean Bonner and Cypress Hill's DJ Muggs, the cut comes from last year's Vita E Morte EP, and serves as a good showcase for the group's dark, downtempo sound, which pairs well with both music video imagery and the striking visuals of the gallery shows the band has played over the years. Watch the video, then check out our Q&A with DJ Muggs and Andrew Kline for more about the group, the song and the video.

AllMusic: How quickly did you settle on the sound for Cross My Heart Hope to Die?

Andrew Kline: We haven't "settled" on a sound for Cross My Heart Hope To Die, we began working on songs with a vision of what this group would sound like. Once we began recording, this sound began to change and it evolved into what you have heard on the first two EPs. That being said, we will continue to push the boundaries of our music to create a sound that is unique, fresh, and timeless.

DJ Muggs: The sound was organic as it is pretty much an extension of my dark sound, but with sexuality added to it.

AllMusic: How does the imagery of the video line up with what you had in your head as you wrote it?

Kline: The video is more or less a literal interpretation of the lyrics to the song. It is not the vision that I had for the song, but when you collaborate with a person outside of the band you allow the director to see their vision through.

DJ Muggs: We followed the basic plot of the songs with a little surprise in the end.

AllMusic: How has the song fit into the live set?

Kline: "Two Shots" fits perfectly in the live setting as it is one of the heavier and more energetic songs of our set. We are able to use our full range of instrumentation including Guitars, synths, and turntables and it allows for some improvisation as well.

How do the backmasked vocals work live?

Kline: That section of the song becomes an improvisational outro, which takes on a life of its own at every performance.

DJ Muggs: Vocals are live and they sound dead on as on the record.

AllMusic: Is there something about this style of music that lends itself to blurring the lines between sexuality and violence, as in the video, or was that an unexpected direction for it to take?

DJ Muggs: It's very organic with my darkness and Brevi's sexuality.

Kline: All of our songs tell a story.

Vita E Morte can be ordered via Amazon. Stream it below.