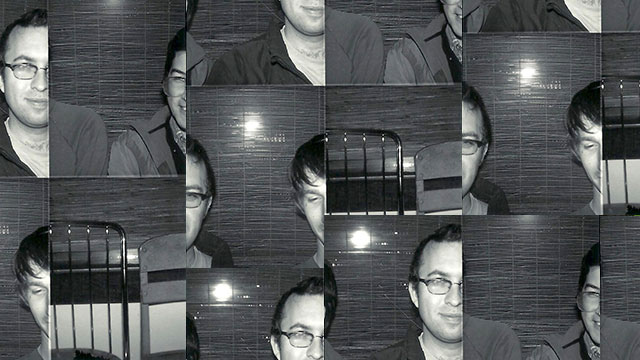 ​The Woolen Men just released their self-titled first album and you might want to buy it if this sounds like a good idea to you. Match the stripped down, live wire sound of bands like the Wipers with the goofball charm and melodic strength of Flying Nun bands like the Bats, and play it with a feverish energy that sounds like a practice room smells after a long rehearsal. You in? The Woolen Men will not let you down if you take a chance - the album is made up of one unpolished gem after another. We asked the guys in the group what they have been digging lately...

First, here's a song from The Woolen Men:

"Space Funeral"
Made in a month, mostly as an excuse to use snippets of music by La Rallizes Denudes, Love, Mink Deville and Ruth White as the soundtrack. Read Baudelaire and play as a constantly weeping violent young man. Smoke weed with Dracula and visit the meat farm. You can't die really but you can sail around in a sweet boat. Just don't let the blood wizard drink all your blood. (Lawton)

"Twist Top" by the Clean
I became so obsessed with the Clean when I discovered them by picking up the anthology reissue that I didn't even get to the second CD for like a year. The soundtrack to my college years was basically "Point That Thing Somewhere Else" played on repeat while driving around Vermont in my (now totally destroyed) Toyota Corolla, as well as the amazing live jams near the end of the first disc. I now have no idea why it took me so long to get to other end but I'm glad I finally did. Hamish penned (so you knows its real good) "Twist Top" is the kind of effortless pure pop I keep trying and failing to quite get wright. WM tried to cover it for a while, its a lot trickier than it looks. (Lawton)
https://www.youtube.com/watch?v=_mb45iz8fj0

Tour Food
I'm a big fan of food, especially blue collar food. I literally grew up in a restaurant that was half of our house at a lake resort in northeast Washington called Lakeside. The food was your typical eggs and burgers that you'd expect from a diner and I think that pretty much explains my affection for it. When we are touring I think food is what I'm thinking about half the time. Where can we get the best banh mi, tenderloin, torta, or hamburger for the least money? We are either asking the people we stay with or play a show with where to go or we've been referring to a book called to Road Food that is a comprehensive list of drive-ins, dives and barbecue places, state by state. If I could pick one of my favorites (and I'm sure Raf and Lawton would agree), Saigon Sandwich in San Francisco is one that we keep going back to. This banh mi has some weight to it and they are all under $4. If you go there get the meatball pork. As for donuts, Primo's in LA rules! It's been there since the 50's and the same family owns it. (Alex)

FF
The 90s are In -- from Naomi Punk's impassive deconstructions of grunge to the herds of internet youth naively re-writing "Teen Spirit." Somewhere in the middle is FF, who mine the melodicism-meets-brute-force of just pre-Loveless MBV ("Feed Me With Your Kiss," etc). But they do it with integrity, with the songs underneath carrying more weight than the style upfront, and it's easy to see them quickly moving beyond their references -- they're what, only six months old as a band? -- and into a sound wholly their own. Watch these guys, I think they could channel some interesting, powerful stuff if they stick to it. (Raf)

We played with FF from Seattle at a show on the Lewis and Clark campus here in Portland a while back and I just remember feeling nostalgic for a certain sound in the early 90's. A nice mix of bent guitar lines through a chorus pedal and some propulsive bass and drums. It's kind of grimy, melodic and a little psychy, but most of all there's a strong feeling of movement, like the songs are being pushed forward.
(Alex)
https://vimeo.com/57995013

Jeff Kriksciun
Jeff lives in Sweden now but I used to hang with him at the legendary Half and Half coffee shop every Sunday when he had his shift. Our bands would play together and I had seen some little doodles he had done but it was only when he had an art show of paper cutouts shortly before he left that it began to dawn on me what a strange and vibrant imagination was at work beneath that bowl-cut. His work is as magnetic as it is inscrutable, somehow funny and accessible while at the same time bordering on the abstract, as unafraid to dabble in meditative shapes and colors as it is to be juvenile and perverse. I hung one of his drawings up at my work and it's just as likely that a scruffy bohemian will ask me to write his name down on a napkin as a posh mom will lift her toddler up to get a better look. (Raf)

"City Slang" by Sonic Rendezvous Band
Never quite got down with MC5, I always felt like it was a you had to be there type thing, but my buddy Mayhaw played me this song recently and it just rules. Classic Detroit caveman rhythms from Scott Asheton of Stooges fame, freaked out stuttered vocals from Fred Sonic Smith and a single piano note repeating into infinity. Its even just a little too long for its own good... perfection. Bonus points for the band not having enough money to record a second song and just slapping the Mono mix of the same song on the B-side. (Lawton)
https://www.youtube.com/watch?v=JtqTAvv2kDA