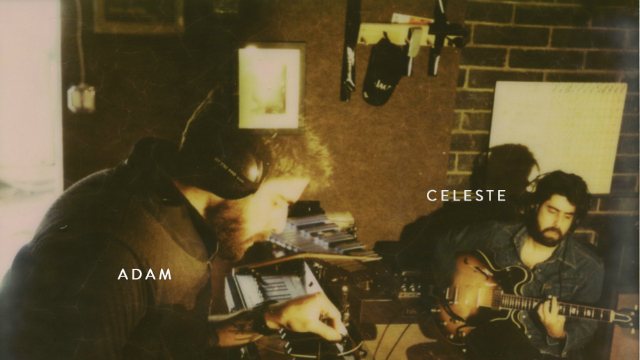 Actors -- they always think they can sing, right? They mostly stink at it for sure, but not always. Sometimes they can do it -- sometimes they even make really good neo-psychedelic chamber pop like this guy here, Adam Goldberg. You probably saw him in something; I liked him in 2 Days in Paris. Friends, too. The Goldberg Sisters is all him, and his second album, Stranger's Morning, comes out this week, so we figured we might see what he’s been liking these days. First, here’s a track from the album:
https://www.youtube.com/watch?v=ssuSrSIdR_g

Excedrin
I had been off of it for a year or more, no caffeine (to which this analgesic's efficacy is attributed) at all actually, because it promotes rebound headaches. But I still got as many, if not more, migraines. So I'm back on it. I don't recommend it and I also highly recommend it. Maybe this plug will get me unblocked from their Facebook page -- from which I was blocked as "Adam Goldberg," "The Goldberg Sisters," and "LANDy," for suggesting they were responsible for my rebound headaches.

Jimmy Scott
I asked him to play in a jazz club scene in the first film I directed, in 1996, Scotch and Milk. He agreed and I lost track of time as we shot him singing live, no playback. I think turned in an eight-minute performance of "Sometimes I Feel Like Motherless Child," but I was so transported I forgot to direct. He is an angel. Literally, I'm fairly sure.
https://www.youtube.com/watch?v=to-AtrPp5mY

RE-201 Roland Space Echo
It's not a secret, this particular piece of gear. But I'm not sure enough can be said about it. I didn't play through it all that much on the record, but we sent a lot of the tracks on certain songs through it in the mix. I suppose if I had to have one piece of gear it would be the Space. Oooo wait, I like sending my string synths -- i.e. my Logan -- through it. Yeah, that's something I enjoy. Oooo I don't know, I got this Gibson 79 stereo amp for this record that's just really unique. At this point I'm just spamming gear, this isn't really about listing one of anything is it? I'm stuck in this section of the list. I'm in gear quicksand.

Yoga
I try and do it at least four to five times a week for roughly 45 minutes at home. I don't go to classes anymore. They're too long and give me social anxiety, thereby defeating the purpose. I also have a fucked up neck, shoulder, nerve, spinal compression deal that requires a fairly personalized routine. Anyway, it's imperative for body and mind clearing -- if only it ever elicits such for the duration of the routine. I never had time to do it during the record. So when the record is bad, that's probably why.

Kazu Sushi
Everybody has "their" sushi place. And "theirs" is always the best. Everyone in L.A. has their favorite in the Valley on Ventura Boulevard. Well, ours is this one. It's small, kind of old and sterile, charmless, and no one, and I mean literally sometimes no one, is in there. But the Omakase (chef's choice) is simple, clean, perfect, and unpretentious. Chef Kazu has a Jiro Dreams of Sushi vibe. One time there was only a couple to our right and one batshit crazy lady to our left, who was penetrating the souls of each of the four of us each time we looked up at her. So, she might be there. But it's definitely worth risking your soul. Plus Kazu plays mainly Bob Dylan, Kinks, etc., on the stereo.