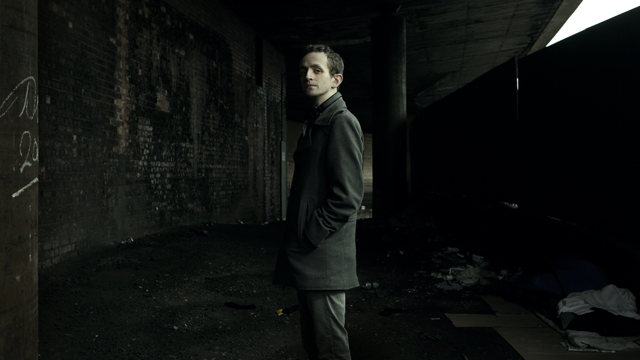 This week Stones Throw & Leaving Records release the debut album, Bones in Motion, from a young artist from Northern Ireland know as the Cyclist. Thankfully, he seems to have never heard U2, but instead has absorbed all of the Aphex Twin catalog (plus early Warp releases and a bunch of Derrick May), and armed with only a Roland TR-505 drum machine, an Akai S20 sampler, two keyboards, an amp head, a guitar (which he uses once), and a $30 microphone, has crafted an excellent album of hypnotic and totally blown out beat-driven techno. It's messy, noisy, and would get him kicked out of any entry-level audio engineering class, but listening to the record is an enveloping experience that will take you out of your mundane state of mind and into something much more enjoyable. We talked to the Cyclist to see what takes him out of the day to day and into a better place.

First, here's a track from the album....


Dead Alive
Peter Jackson directed it and it's the most gory, ridiculous, hilarious zombie film I've ever seen. Two zombies have sex at one point and give birth to a baby zombie. The main character straps a lawnmower to his chest and shreds a hundred zombies. If that hasn't got you looking for this film I don't know what will.


The Death and Remembrance Of Holy Warbles
This was a truly amazing blog. One which, I think, was an amazing hub for discovering some of the most interesting and unheard sounds. Stuff I found on this blog I don't think I would ever have heard if not for the writer Owl Qaeda. When all that Megaupload controversy occurred, a lot of great blogs went down and this was one of them. I hope whatever Owl Qaeda is doing now, that he's planning to work out a new site, because I still think of him as a big inspiration. This link is to a list with download links to a lot of his mixtapes from the site that I think really need to be remembered and listened to.

Elektronische Musik: Experimental German Rock & Electronic Music 1972-1983
As a big Krautrock fan myself, this is something a bit different, but amazing. There's some truly inspiring sounds on this, from Cluster and Harmonia to truly amazing sounds Neu! and Can.

Ghost Capital
Another blog much like Holy Warbles, but still going and going really well. You can find anything here from Israeli funk to Ghana highlife. Really interesting sounds that I think a lot of people should check out.

Korg MS-20 Mini
This smexy new item is a remake of an old 1978 synth, the MS20, and I think this is a bold, but amazing move by Korg. They've been putting out some interesting gear that already feels like mini classics and I really want to see more old equipment like this. I think companies like Roland really need to get on this same bandwagon with say their TR and SH series.